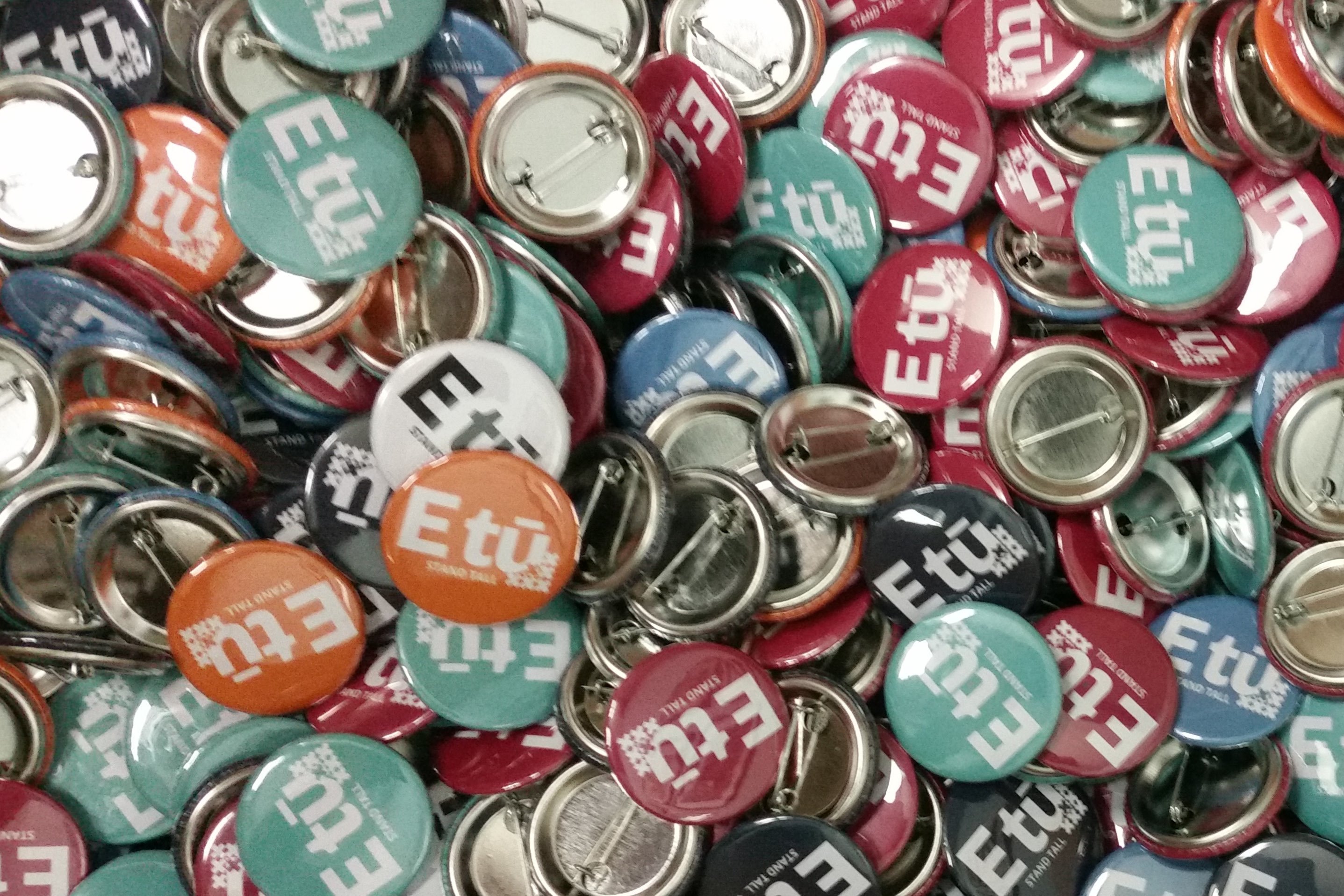 Even before the Special Votes have been counted, there is a majority in the house for real change in New Zealand politics.

While the election result on Saturday night didn’t deliver an outright majority for a change of Government, a majority of New Zealanders voted against a status quo that has seen the rich get richer while living standards for the rest of us stagnate or decline.

There are many policies and positions that Labour, the Greens, and New Zealand First are proud to fight for. They include:

We now wait upon New Zealand First leader Winston Peters to decide to move the country forwards, not backwards, for working people and our communities. Mr Peters ran a clear campaign for change and we hope he will honour the voters who put their faith in him to make the right decision for New Zealand. 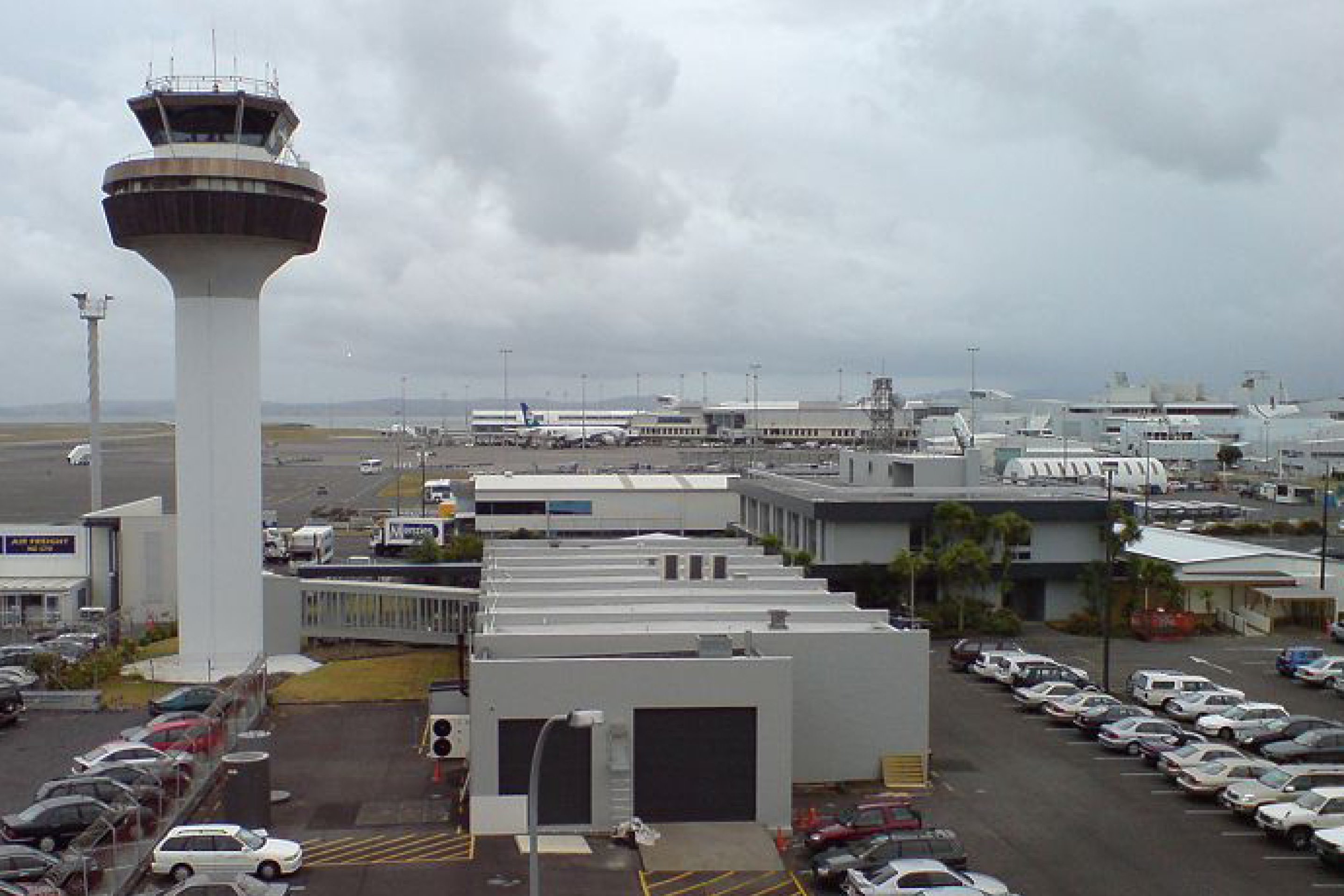 E tū says it fears health services will deteriorate further in the face of Government denials that DHBs are underfunded.

E tū is the country’s largest private sector union with more than 55,000 members.

“A lot of our members are in the Counties Manukau area, where services have been so under-funded we have the highest rate of people waiting to get eye treatment,” says Jill Ovens, E tū’s Industry Coordinator for Public and Commercial Services.

“Many members are also on low wages, living in mouldy, unhealthy homes and they and their children have high health needs.”

She says that flows through into increased demand for basic health care.

Jill says she fears wait times will grow longer as the Government insists DHBs live within their means.

“The only way they can do that is by cutting services and that will affect our members who need those services.

“In Southland, they sacked the board two years ago and put in a Commissioner and it hasn’t helped the situation at all. What’s needed is more funding and for that we need a change of Government.”

It means that the next Government will need to find well over $2 billion for 2018/19 if it wishes to restore the value of funding. 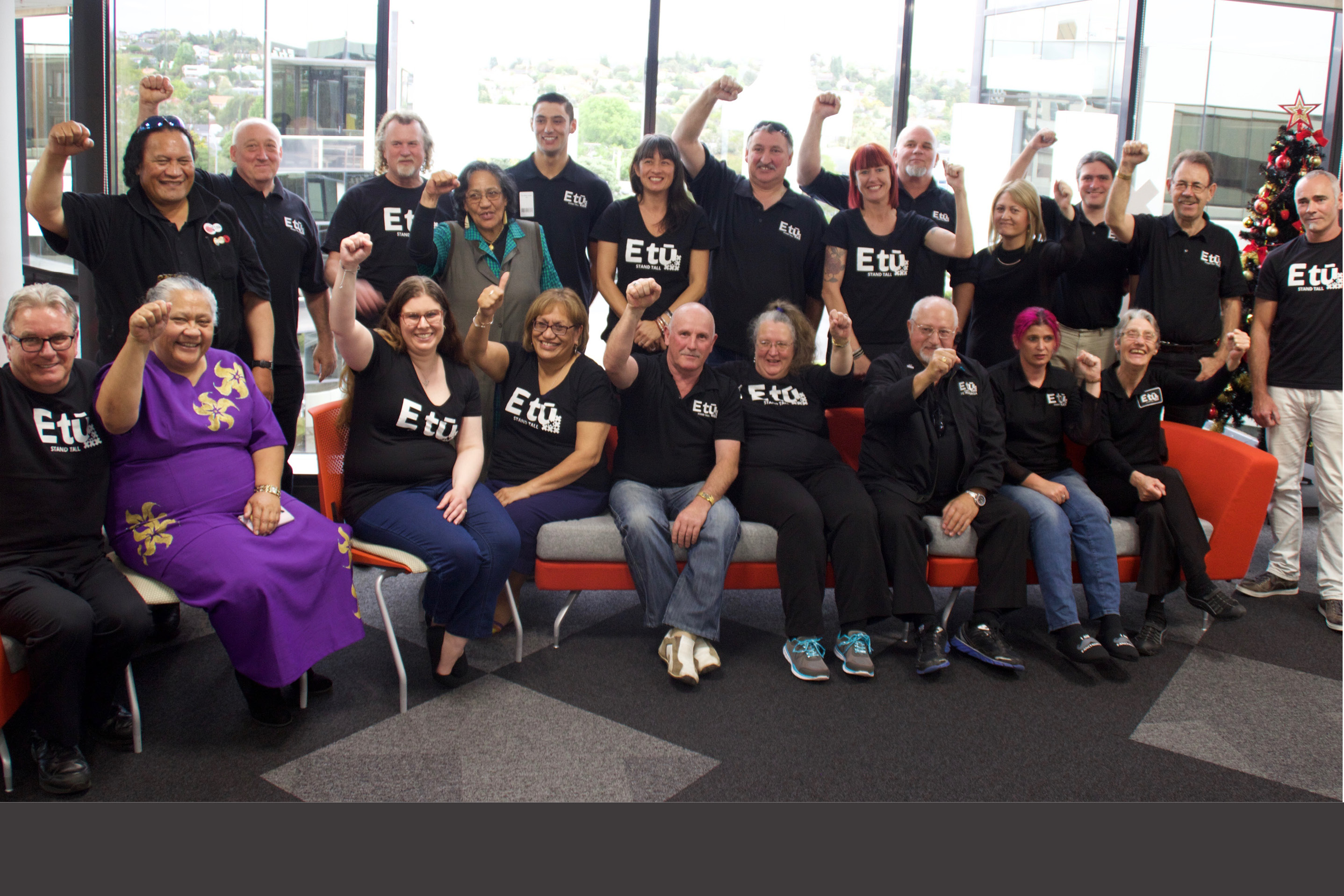 In response to the Mood of the Boardroom earlier this week, E tū is proud to announce a new election tradition – Mood of the Smoko Room.

The E tū National Executive has met in Auckland this week. This is the governing body of our union, comprising democratically-elected representatives from across our eight industries.

Jacinda Ardern topped the leadership ratings with the group, with an impressive 4.67 average rating out of 5, compared to Bill English’s 0.8 – a dramatic and devastating result for the Prime Minister who hopes to win workers’ votes by talking up his tax cut plan.

By far the most important issues for workers were jobs and wages, followed by housing and health.

E tū President and electrical technician Don Pryde says these kinds of results are to be expected as the current Government has left workers behind for so long.

“Job security is a huge issue, and out of control labour hire is undercutting existing jobs and conditions. National has no positive plans for working people to address these issues,” Don says.

Pai Hiku is a food process worker from Auckland. She reports that wages remain too low across the food industry:

“Decent wages are one of the most important issue facing workers as they cast their votes,” Pai says.

“On food sites, we are still on low wages. Our business makes a lot of profit and we want a Living Wage. If you don’t want to see us sleeping in our cars, give us what we need. That is not a lot.”

“We’ve had nine long years of going backwards,” she says.

“I was in casual work in hospo for years and insecurity is the big issue there. People are working multiple jobs, and secondary tax makes it hard to get ahead. Labour has a plan to get rid of secondary tax. I like that.”

“My dad works three jobs and that’s standard in towns where there isn’t much work.  He lives in a caravan because he can’t even afford to rent.  I worry about him and his future – eventually he is going to have to live in a real house.”

The Mood of the Smoko Room is clear. Working people say: it’s time to change the Government.

E tū National Executive members were asked to rate the potential prime ministers out of five:

The National Executive members were asked if they supported the status quo, or a change:

The National Executive members were asked to identify the most important issues:

This election, hundreds of polling booths across the country are open for early voting. If you are already enrolled to vote, you can simply pop along to a polling booth in your electorate and vote right now. You can even vote in an electorate outside of your electorate, you will just have to cast a Special Vote – simply an extra form to fill out.

If you are not yet enrolled to vote, you must enrol before Election Day (you cannot enrol on the day). The easiest thing to do is to head along to a polling booth and enrol and vote at the same time. You can also update your enrolment details this way. You don’t need to bring anything with you to enrol and vote – just turn up!

Click here to view an interactive map of all early voting booths.

Is everyone you know ready to vote?

Click here to download a handy poster you can put up at work (or anywhere) to let people know about enrolling and voting. You can also print out some of the details for early voting booths by visiting the NZCTU website here. 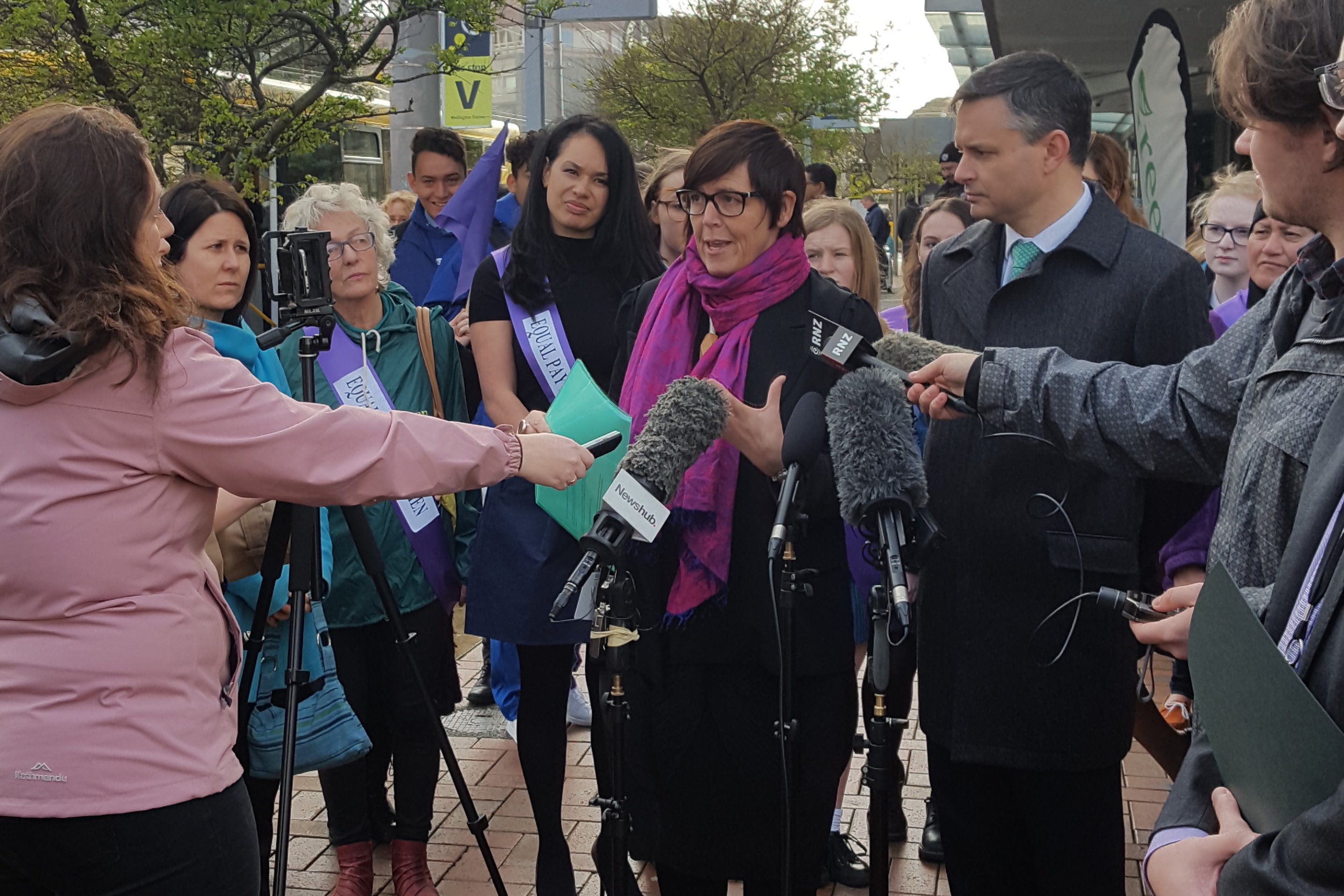 E tū has welcomed the Green Party’s commitment to pay equity for women.

The party’s pay equity policy promises pay equity legislation which includes the recommendations of the Joint Working Group on Pay Equity principles. It would also require greater pay transparency by companies, so people know what men and women in the same workplace are paid.

E tū Industry Coordinator, Jill Ovens says the pay equity policies of both Labour and the Greens recognise the integrity of the court rulings in the case of Kristine Bartlett vs Terranova, as well as the Joint Working Group principles.

“We applaud the fact that this begins to recover the ground that’s been lost under a government which has fought against equal pay,” says Jill.

“In the dying days of the current parliament, the Government introduced a bill that would slam the door on hundreds of thousands of women and their hopes of equal pay. Both Labour and the Greens have promised to put this right, which we absolutely support,” she says.

“Knowing what men and women earn quickly reveals any pay gap.  This is essential to ending the traditional gap in pay between men and women doing the same or comparable work.”

“I think it’s great because obviously the new bill that National put forward, I don’t feel would have helped us get that settlement,” says Marianne.

“It’s good that parties are all looking at this as an election issue.  People need to remember that when they cast their vote, and vote to support those parties which put forward good pay equity policies.”