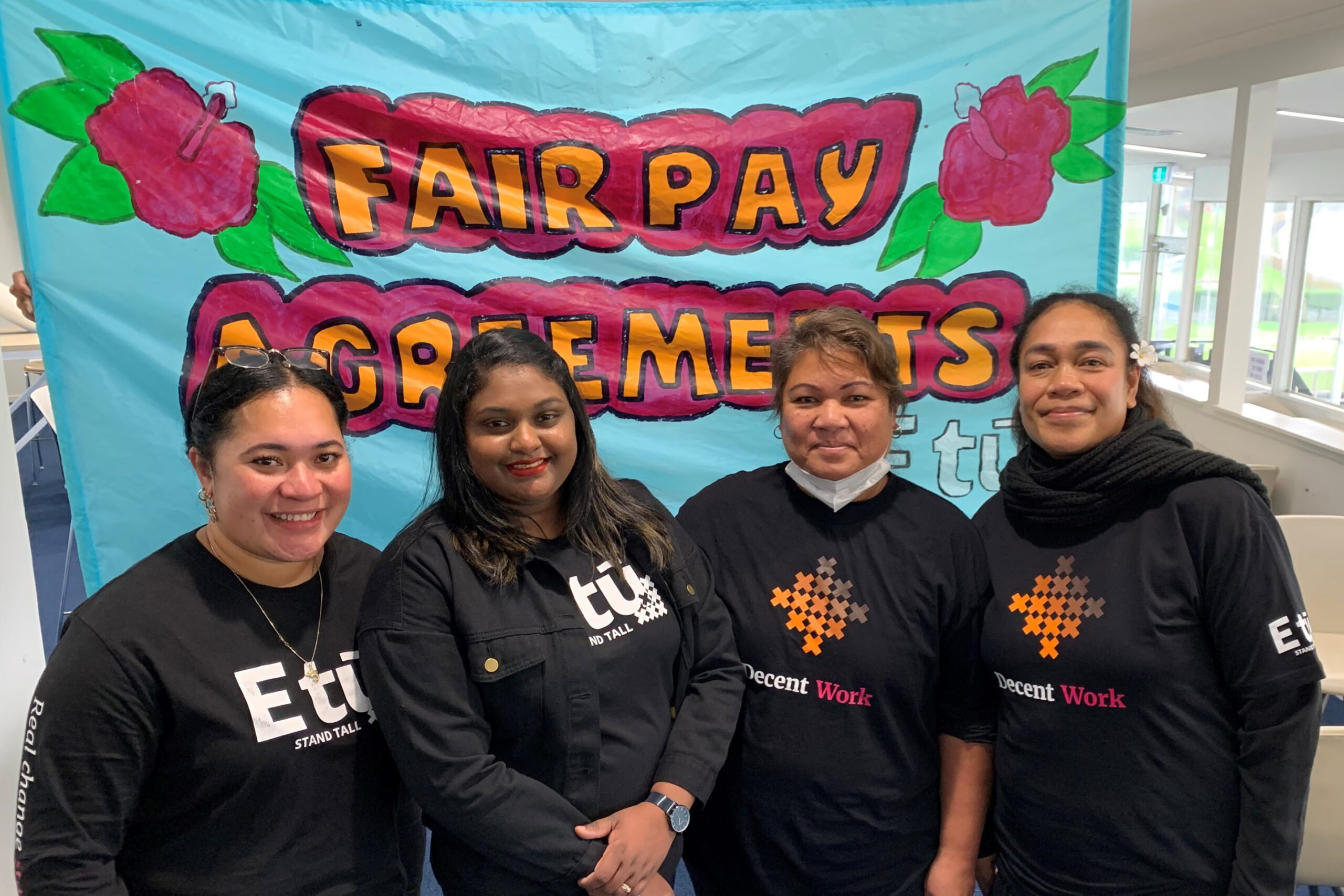 The Fair Pay Agreements Bill is finally about to become law, as it gets its Third Reading in Parliament later this afternoon.

Fair Pay Agreements will set minimum standards for pay and conditions across entire industries, making it one of the most transformative changes for workers in Aotearoa New Zealand in decades.

E tū members and supporters made over 1,000 unique submissions on the bill, and the final text reflects what is needed for a great new system.

“I’m super excited,” Rosey says. “It’s been a long journey. Now it’s about getting cleaners and security guards to sign on and sign up. Then we can really win the pay and conditions we know we deserve. Yippee!

“My message to all security guards and cleaners in Aotearoa is don’t wait – sign up for our Fair Pay Agreements today.”

“Workers across Aotearoa New Zealand are taking this opportunity to create better lives for ourselves, our families, our communities, and future generations,” she says.

“Winning a Fair Pay Agreement will mean better pay and standard conditions for everyone in our industries.

“At a time with huge cost of living pressures, this will be huge for some of the most vulnerable workers in Aotearoa, especially the essential workers who kept us going during the pandemic.”

Security guards and cleaners can now sign up to initiate their Fair Pay Agreements at www.etu.nz/signfpa

Rosey and Sarah will both be available for media around Parliament at the time of the Third Reading. 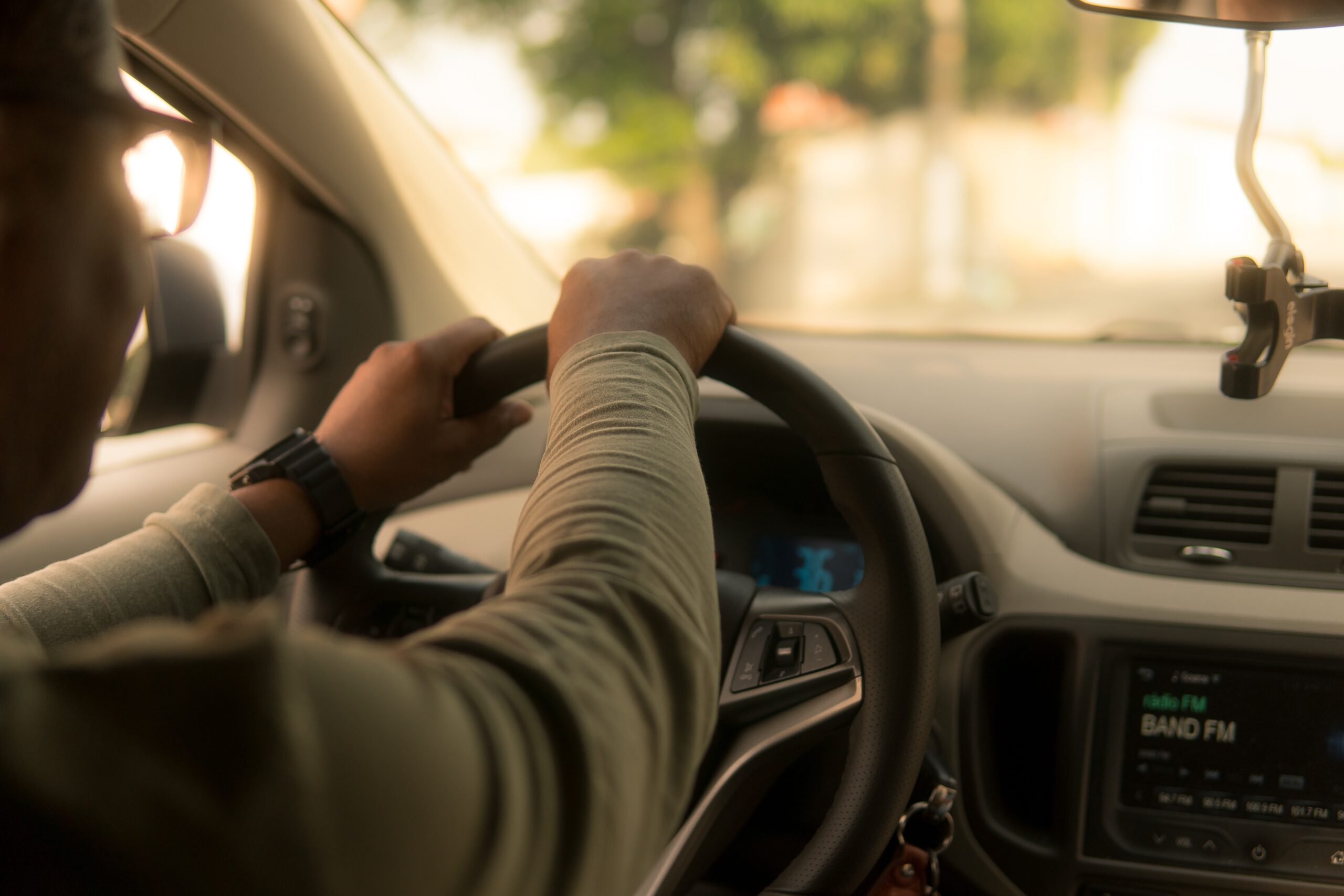 Following similar examples in the UK and France, New Zealand’s Employment Court today found that four current and former Uber drivers were employees, not independent contractors, in a case jointly taken by and E tū and FIRST Union.

The judgment , which sought a declaration of employment status for the four drivers, found that “Each of the plaintiff drivers was in an employment relationship when carrying out driving work for Uber and is entitled to a declaration of status accordingly”, noting that while such a declaration attaches only to the individual applicants of the case, “… it may well have broader impact, particularly where, as here, there is apparent uniformity in the way in which the companies operate, and the framework under which drivers are engaged.”

“This is a landmark legal decision not just for Aotearoa but also internationally – what a way to finish Labour weekend!” said Anita Rosentreter, FIRST Union strategic project coordinator.

“Uber has bullied its way into cities all over the world with a deliberate strategy of breaking the law and exploiting drivers – that ends here in Aotearoa today.”

The case was filed in July 2021 and heard in the Employment Court in Wellington by Chief Judge Christina Inglis in 2022.

The unions representing the drivers sought a declaration that they were employees and therefore entitled to the rights and protections under New Zealand employment law, including the minimum wage, guaranteed hours, holiday pay, sick leave, KiwiSaver contributions, the right to challenge an unfair dismissal, and the right to unionise and collectively bargain.

The four driver witnesses in the case were Julian Ang, Mea’ole Keil, Nureddin Abdurahman, and Praful “Bill” Rama. Mr Rama said, “Finally, there is justice for Uber drivers. This will mean drivers will have a say, not just be subject to the control of Uber.”

“We are employees. It’s not a question of what we signed or what Uber says we are. The Court has looked at the reality of our relationship with Uber and said that drivers are employees.”

Ms Rosentreter said that in light of the verdict, FIRST Union was now accepting Uber drivers as members and would immediately move to initiate collective bargaining with the company.

The union is also acting on behalf of drivers to claim backpay for wages, holiday pay and other entitlements from Uber.

“Anyone who has driven for Uber – even if they no longer do so now – is encouraged to enquire with the union,” said Ms Rosentreter.

There are more than 7,000 Uber drivers in New Zealand, but the misclassification of workers is increasingly common in other industries too, like construction and care work.

“The stakes here are high – no industry is safe from being absorbed into the gig economy and, without decisions like this one, decent work is out of reach for gig workers who have little or no rights and protections,” said Ms Mackintosh.

“We’re even seeing gig work for the heroes of the Covid pandemic – many home support workers are now only able to pay their bills if someone swipes right.”

The decision comes as the Government is set to announce a crack-down on worker misclassification, out of its Better Protections for Contractors workstream. Ms Rosentreter said, “The Government should carefully consider the application of this case to other instances of worker misclassification as well. Uber has taken this practice to new extremes, but they are by no means the only company engaging in it.”

“Over the past 30 years, we have seen an erosion of fundamental work rights, but we now have an opportunity to make things right. Future generations of workers are counting on us.”

CLICK HERE for a video produced by FIRST Union and E tū,  featuring some of the Uber drivers who took this case as they the implications of the verdict.