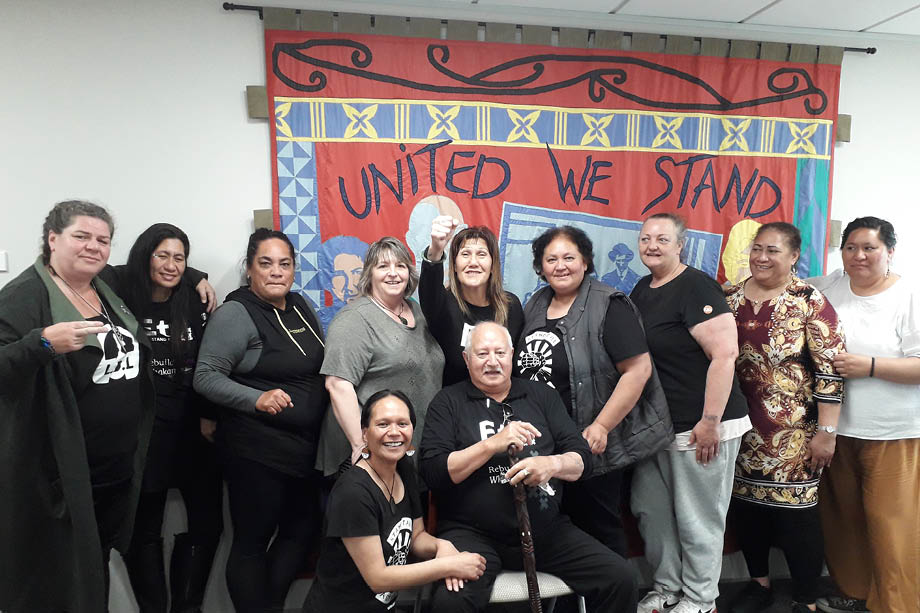 Research shows that during emergency situations such as the COVID-19 crisis, gender-based violence gets worse.

According to an online survey by researchers at the University of Otago, around nine percent of New Zealanders said they’d experienced some kind of family harm over the lockdown period last year.

“We are hearing stories about women who have been affected by domestic violence, and there’s a real concern that during COVID, because we know this tends to get a lot worse.

“Every woman and child in Aotearoa should live in homes that are free from violence.”

Wheeti says the committee wants all women to know there is help out there, including places such as Women’s Refuge.

“There’s practical and genuine support – they’ll get you to a secure house, make sure you have fresh food, PJs for the kids, and petrol vouchers.”

Family Violence Leave is also available for up to 10 days, she says.

Wheeti says that despite the many issues that remain for women, she wants to recognise their mahi and strength during the COVID crisis.

“A shout out to our wonderful wāhine everywhere in Aotearoa New Zealand, including our Māori and Pasefika women – they’ve all done a brilliant job.

“Suffrage Day is about remembering all our wāhine and their individual struggle to secure their rights as a collective.”

Where to get help

Concerned about a child?

E tū is calling for transition plans for industries affected by the changing marketplace, in the wake of a proposed closure of a major printing plant.

Almost 60 workers are set to lose their jobs at the Christchurch branch of Ovato, a print distribution company that has seen demand for its South Island business badly affected by the COVID crisis.

Around 30 E tū members will be affected by the proposal, the outcome of which will be confirmed on Monday.

All of Ovato’s business will then move to its other plant based in Wiri, Auckland.

On hearing the news, E tū delegate Ken Gibson says: “Members are gutted but saw writing on the wall with the way the work was slowing down.

“We have people who’ve been here anywhere from 10 to 40 plus years.”

The company has sent all workers home for the rest of the day, as many are in shock after the proposal was announced.

Joe Gallagher, a negotiation specialist at E tū, says while the company is providing good redundancy terms and packages for union members, Just Transition plans for supply chain businesses like Ovato are essential.

“We need to see transition plans for whole industries – like printing – in the supply chain, so that we can all work together to get the best outcome for workers, as some industries wind down and others ramp up.

“This applies not only to industries impacted by marketplace changes, but also to those that we know will be affected by other major factors such as climate change.

“There’s also some urgency to this, as the impacts of the pandemic are hastening the decline of some industries faster than might have occurred otherwise.”

Joe says other businesses in the printing industry have also shown signs of struggle, and workers need to be involved in planning their working futures.

“As we see changing trends continuing to affect demand in this industry, we need to craft alternative work pathways for workers so they can take their skills into other areas or have the opportunity to retrain.

“As always, workers’ voices are a key part of any transition plan, and unions have a clear role to play in facilitating this.”