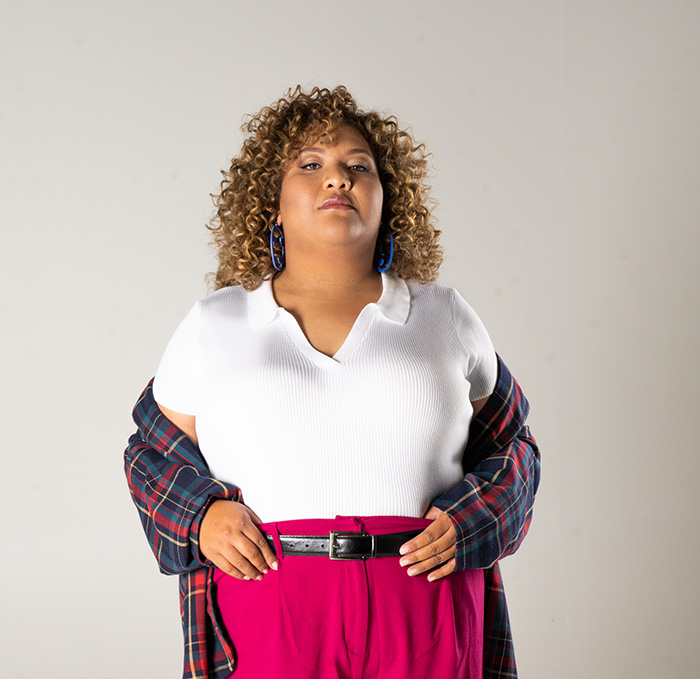 “Why can’t we be the change?” was delegate Sia Petelo’s thinking when she went into bargaining to fight for members’ claim to have menstrual leave introduced at her media company.

To her knowledge, Pacific Media Network or PMN is the first company and first media company in Aotearoa to offer leave for members for menstrual or menopause-related reasons.

Since December, E tū members at PMN now have 12 days of menstrual or menopause leave per year.

Sia, a radio host at Niu FM, says the idea of putting in a claim for menstrual leave came up after there was a kōrero about it on air and a PMN colleague raised the issue.

Before even taking the claim into bargaining, Sia says she and fellow union members did their own research by talking to Pacific GPs and meeting to discuss if menstrual leave was introduced, what it would look like and why it was important to them.

“As a Pacific community, we already have a lot of taboo and stigma around topics that we should talk about regularly within our own communities, especially because they’re important.

“So as a media company, I saw it as our collective is right: [talking about these issues] pretty much starts within our brand or our company.”

When Sia, as the sole delegate on the bargaining team, initially presented the claim, it was turned down.

Amid all the doubt and pressure, Sia says along the way she realised that she was going to have to push for change on behalf of her PMN sisters.

With encouragement from fellow union members and her organiser, she stepped back into the bargaining session, which was taking place via Zoom, and spoke from the heart.

“‘We especially share news when there is groundbreaking change in the world, whether it be good or bad. Why are we not doing the same, and pretty much walking our talk?’”

Management went away to consider their response and then came back with a yes. Sia says she was emotional.

“It’s well done PMN union collective, all thanks to the people that helped us behind the scenes, the E tū union. It is a collective effort.”

For the moment, the special leave is only available to union members, which Sia says she feels is fair for now.

However, all women at the company have benefitted, as the company now offers free sanitary products in the women’s bathroom.

Now fielding interview requests from as far afield as news stations in America about the ground-breaking leave policy, Sia says she also wants to get another message out.

“It definitely wouldn’t have happened if it wasn’t for the union, and so I only hope that that when people hear about this – and whether they agree with it or not – I hope that they look at the bigger picture that as a collective you can make change.”