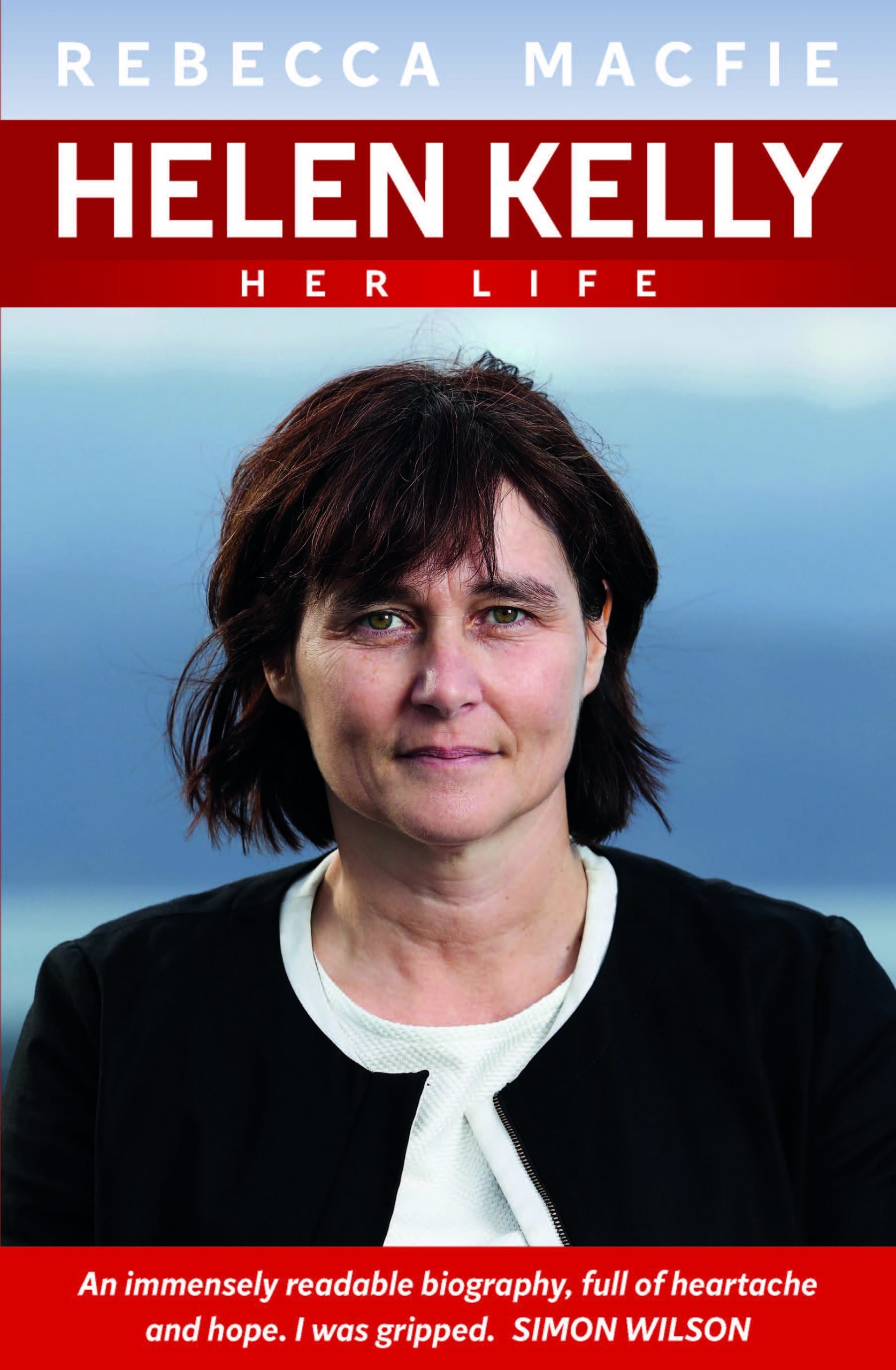 Helen Kelly: Her Life launches at the Auckland Writers Festival on May 15

When you dip into the story of Helen Kelly, you’re not only immersing yourself in her world, but a history of Aotearoa New Zealand’s social change.

This is just what veteran journalist Rebecca Macfie was aiming for when she sat down to write the life story of the union leader.

The writing process took more than two years and represented a complex challenge – interviews with around 200 people, alongside trawling through history books, meeting minutes, and old newspaper archives to get a fuller sense of what was going on in the country at different points in Helen’s life.

“There’s probably not a paragraph in the book that hasn’t got a stack of books about four high as research sitting behind it,” Rebecca says.

“Obviously, it was a biography of Helen, but I wanted it to be really, really deeply anchored in historical and economic context.”

It was also important to her to “break open new ground”, she says.

Helen Kelly grew up in a family of unionists and quickly became involved in unions when she started her first career as a primary teacher – elected as a delegate on her first day.

She later became president of the New Zealand Council of Trade Unions in 2007, and fought numerous well-profiled battles including forestry deaths, the Pike River Mine disaster, and rights for film contractors working on The Hobbit.

Alongside her own battles, the book details the activism of her “radical union family”, such as her father, Pat, fighting for better rights for cleaners through the 1970s and 80s, followed by the wage freezes of the Muldoon era.

E tū Assistant National Secretary, Annie Newman, met Helen in the late 80s when Pat was the secretary of the Cleaners and Caretakers union. She says there wasn’t much that Helen didn’t turn her hand to in pursuit of justice for workers.

“She always saw herself as part of our union and in many ways trusted us to get out and win our campaigns while she focused on forestry and mining among numerous other important campaigns,” Annie says.

“At E tū’s launch as a newly merged union, Helen was proud to be made the first new Life Member of E tū. This was in recognition of her unwavering solidarity with our members and because, at heart, she had always been E tū.”

Rebecca says she was drawn to Helen’s story as she was interested in her ideas and style of activism, and also met Helen three years before her early death from cancer in 2016.

However, she also wanted to make sure she created accurate and rounded picture of Helen – both as a person and leader.

“Helen was very loved though she was a controversial figure in many ways. She was wrong sometimes; she was right sometimes. She was incredibly productive, and she was prepared to get right up people’s noses.

“But the thing that constantly struck me in living with her story was that she was just incredibly loved. She had this enormous circle [of friends]. She ran on loyalty really, in a way that I don’t think I’ve ever sort of seen in anybody.”

With decades of reporting and two books to her name – the Pike River Mine disaster and Helen’s biography – that meditate on workers’ rights, what motivates Rebecca to tell the stories of workers and activism?

“[Now I have] a much sharper sense of who has power and how it works, and how change is achieved – and the catastrophic consequences of that getting out of whack.”

Deep change is still needed to create a truly fair society, but Rebecca says she hopes readers will feel a sense of their own power in reading Helen’s story.

“It will give people a story of change, and a story of what can happen when people get together and fight for something better, and that they have a role in that.”

Zooming to the future with online Delegate Forums

Prepping for a Just Transition