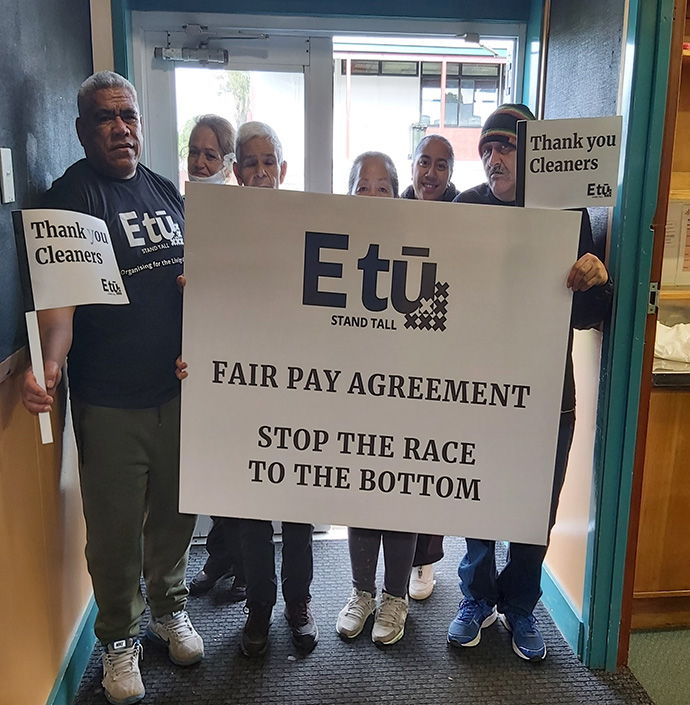 "If you don’t have the union, the school and the employer can do whatever they want to do."

Thanks to growing union membership, Watershed workers have won the best conditions they’ve had in years.

From just two members to more than 30, membership at Watershed is on the rise and together they are improving their working lives.

Part of the Multi-Employer Collective Agreement for Cleaners last June, members say their relationship with the company is going from strength to strength.

Now they have hardly reported any issues with their pay, even during the Covid crisis.

Ninety-day trials have been scrapped and members have signed a memorandum to meet regularly with the company whenever issues crop up.

Delegate Teresa King says the workers cleaning at the South Auckland school where she works are much happier these days.

“They work together as a team, not like before when people would say ‘that’s not my job’.”

Teresa says she was originally reluctant to join the union and pay fees, but having seen the conditions at various schools, she sees how being a union member can help make work life better.

“If you don’t have the union, the school and the employer can do whatever they want to do.”