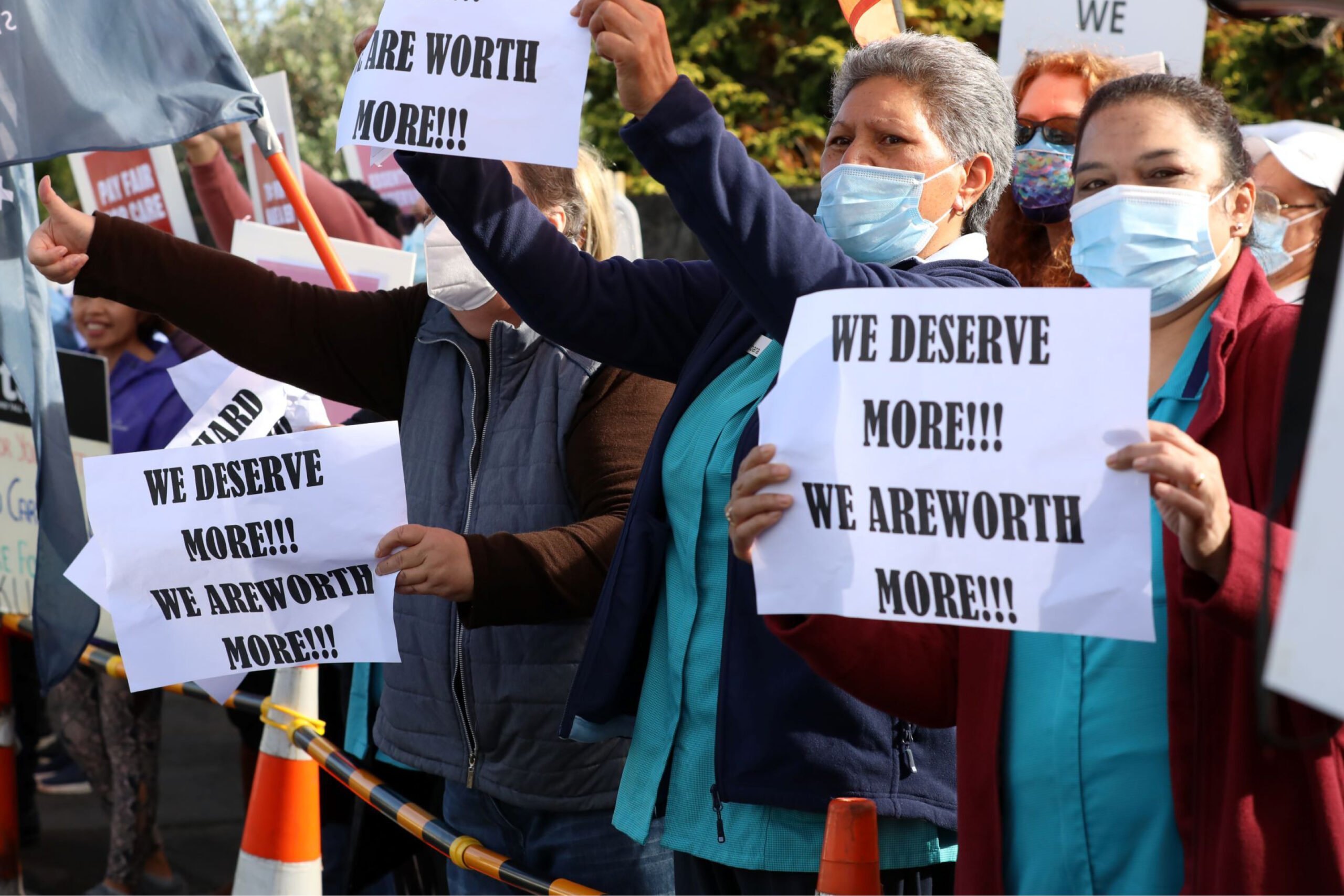 After rallying around Aotearoa for a better pay offer, care and support workers and their unions are delivering their messages to Parliament in a petition signed by thousands in just 10 days.

They will hand over the petition, which has more than 10,000 signatures, on Tuesday afternoon.

Workers in the care and support sector are strongly pushing back on the Government’s current pay offer of around 70 cents more per hour for an 18-month period, which would start after legislation setting their pay and conditions expires on 30 June.

With negotiations set to conclude this week, workers are desperate for a resolution and want to see a sustainable future for their sector.

Union delegate and care worker Kiranjeet says working conditions are already poor: “I see people coming into our sector and leaving in days because the work is exhausting, high pressured.

Sector providers are fully behind their staff and launched the petition jointly with care unions to draw attention to what was going on.

The issue has also struck a chord with the community too, with many petition signers leaving personal messages of support for care workers.

“I want to support the support workers who make it possible for my elderly father, who has Alzheimer’s, to live independently,” Marion writes. “I am so grateful for the care my father receives, and I am appalled at the low rates of pay these ‘angels on the ground’ receive.

“They are so well trained, capable, and genuinely caring. I have learnt a lot from them. With my heartfelt thanks. We are incredibly fortunate to have them.”

With the time running out to secure an agreement, workers want to see the Government present a fair pay offer by the end of the week.

Care and support workers will present their petition to Labour MP Ibrahim Omer outside Parliament on Tuesday 24 May at 2.30pm.