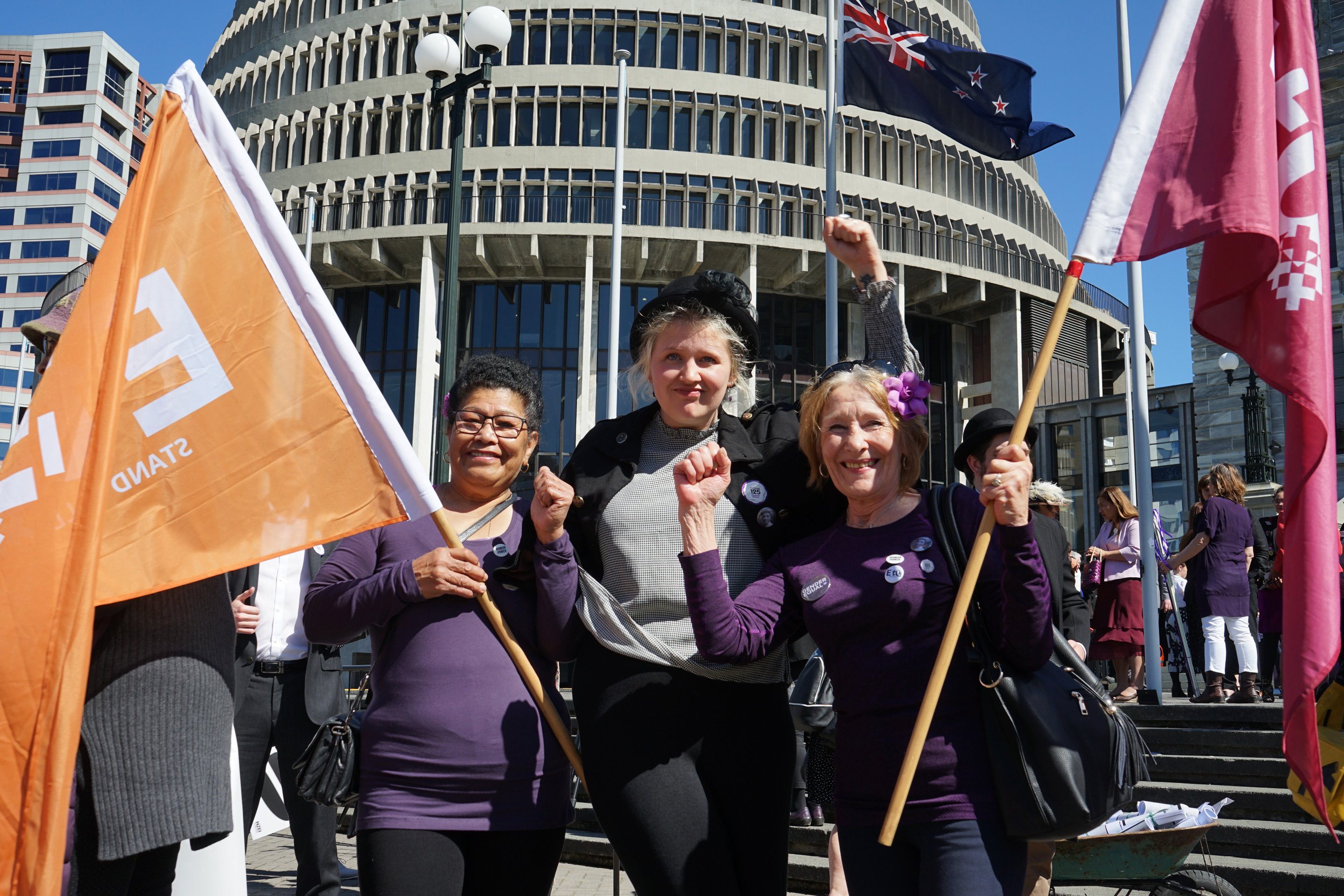 E tū joins the Council of Trade Unions and others in calling on the Prime Minister to make fixing a gender pay imbalance more of a priority.

Statistics released today reveal that the ‘gender pay gap’ has decreased slightly since last year, demonstrating both some good progress and remaining room for improvement.

Wellington caregiver Marianne Bishop knows that E tū members like herself and Kristine Bartlett winning the Care and Support Pay Equity Settlement has made a lot of difference, but there’s more work to do.

“Our equal pay win has helped us progress, but now we need the government to fix the Equal Pay Act so that it’s easier for other claims to be processed,” Marianne says.

“We need to reduce the gap even further, and we need everyone working together to make this happen.”

E tū Assistant National Secretary Annie Newman says that the Prime Minister has been a great supporter of the equal pay campaign for years and now can make a huge difference.

“It’s been great to have to support of the Prime Minister and the coalition government parties at many crucial points in our fight for equal pay,” Annie says.

“We now need to see her take that to the next step, by making a personal commitment to fixing the problematic Equal Pay Amendment Bill.”

Unions are calling on Kiwis to sign the petition to the Prime Minister, which outlines what needs to happen from here: http://www.together.org.nz/jacinda-you-can

1) The law shouldn’t delay access to the courts when bargaining doesn’t go well.

2) The law should give more support to sector-wide equal pay settlements, compared to settlements that go employer-by-employer.

3) The law needs to follow existing rules about collective bargaining – not add new ones.

4) The law should support a process where equal pay settlements can be checked to make sure they are up to scratch.

5) The law shouldn’t make women who already have equal pay claims in progress go back to the beginning and start again.