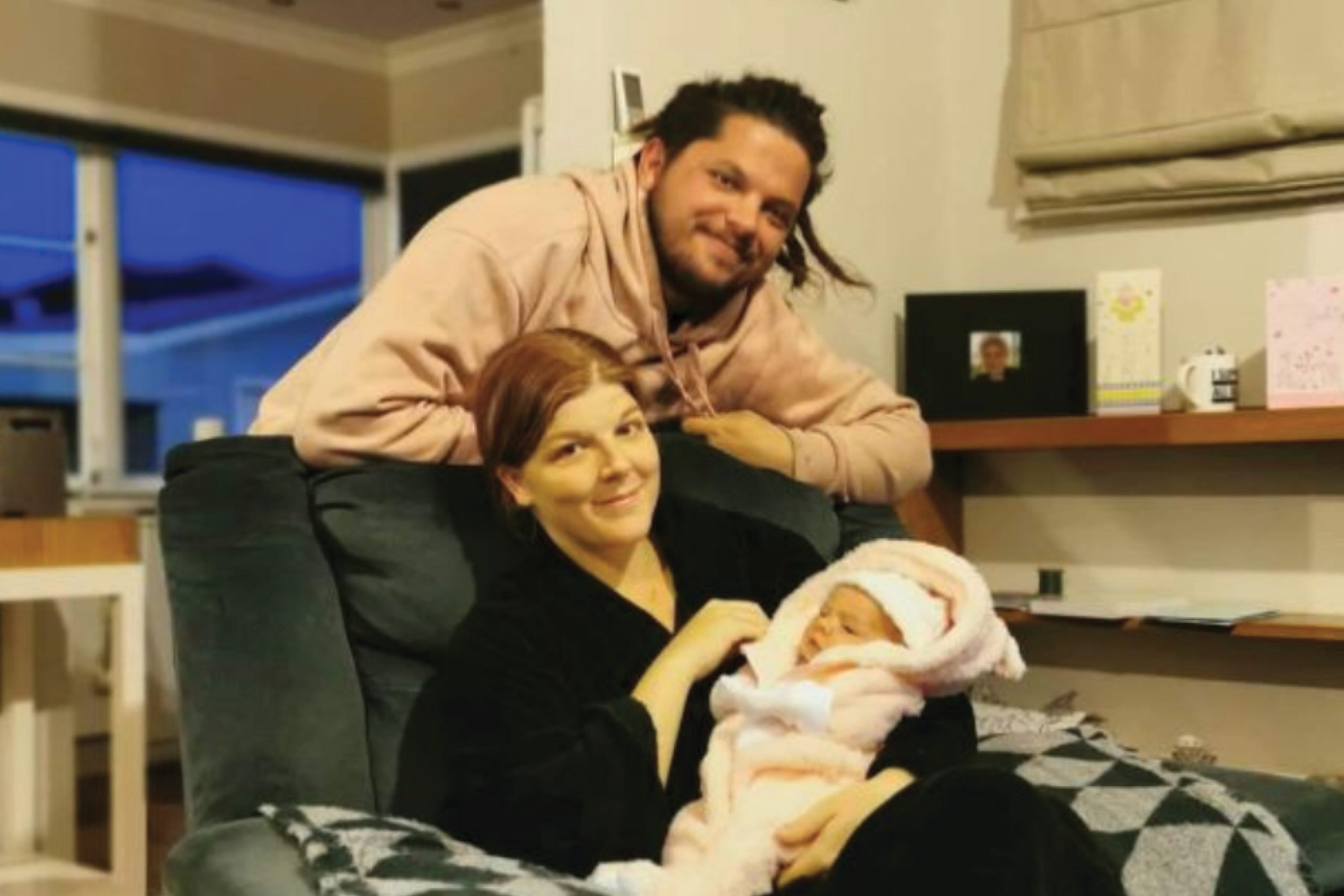 E tū members at Fletcher Building Ltd are opening up about how they expect their pay cut to affect them and their families.

The company has announced that most workers are in line for a wage cut of up to 70%, while the top executives on millions of dollars a year will have a 30% cut.

Dave Asher, who works at Winstone Wallboards, which is part of the Fletcher building products division, feels betrayed.

“I feel bloody stabbed in the back,” Dave says.

“It’s as if we are worthless and of no value to the company. It would be awesome to get them to listen to us, but we’re getting no feedback through. It’s not good enough for us.

“I feel for the families who live paycheque to paycheque. How are they going to handle this? For the younger ones, it’s going to be a tough ask.”

Tame Wairepo-Bell is worried about what such a major pay cut would do for him, his partner, and their 5-month old daughter, Piper-Mae.

“If I was to lose 70% of my wage, I worry that I wouldn’t be able to give our child the support she needs. We’ll do everything we can to provide the essentials for her, but it would probably mean I myself won’t be able to eat.”

One E tū member spoke anonymously about what the cuts would mean for his shopping list.

“It will put me into severe hardship. At 50% pay I may be able to cover some costs but would have to skip buying some basic household items and would have a really limited choice of groceries.

“30% would mean potentially defaulting on my mortgage. We’d be screwed.”

Another anonymous worker shared the sentiment.

“Don’t know what to do when the money drops down – we’ll have to talk to the bank and see what we can do. We’ll be screwed.

“This is a big company that makes big profits. The people on the floor who put all the work out get nothing and the executives stay on high wages. I feel gutted, it wasn’t what I expected.

That worker also urged the company to make a more realistic offer and engage in good faith.

“It would take a lot of the stress away. If they don’t, I don’t know how we will survive, I really don’t.”

“We’re deeply concerned by Fletcher’s behaviour. We believe their proposal to date has been nothing short of unlawful, and our members desperately need the company to rethink it. We’ll be reporting the company’s behaviour to MBIE, as well as continuing to talk to the Government.

We are pleased that Fletchers are applying for the wage subsidy, but they need to come to the party with a meaningful contribution of their own in these unprecedented times.”