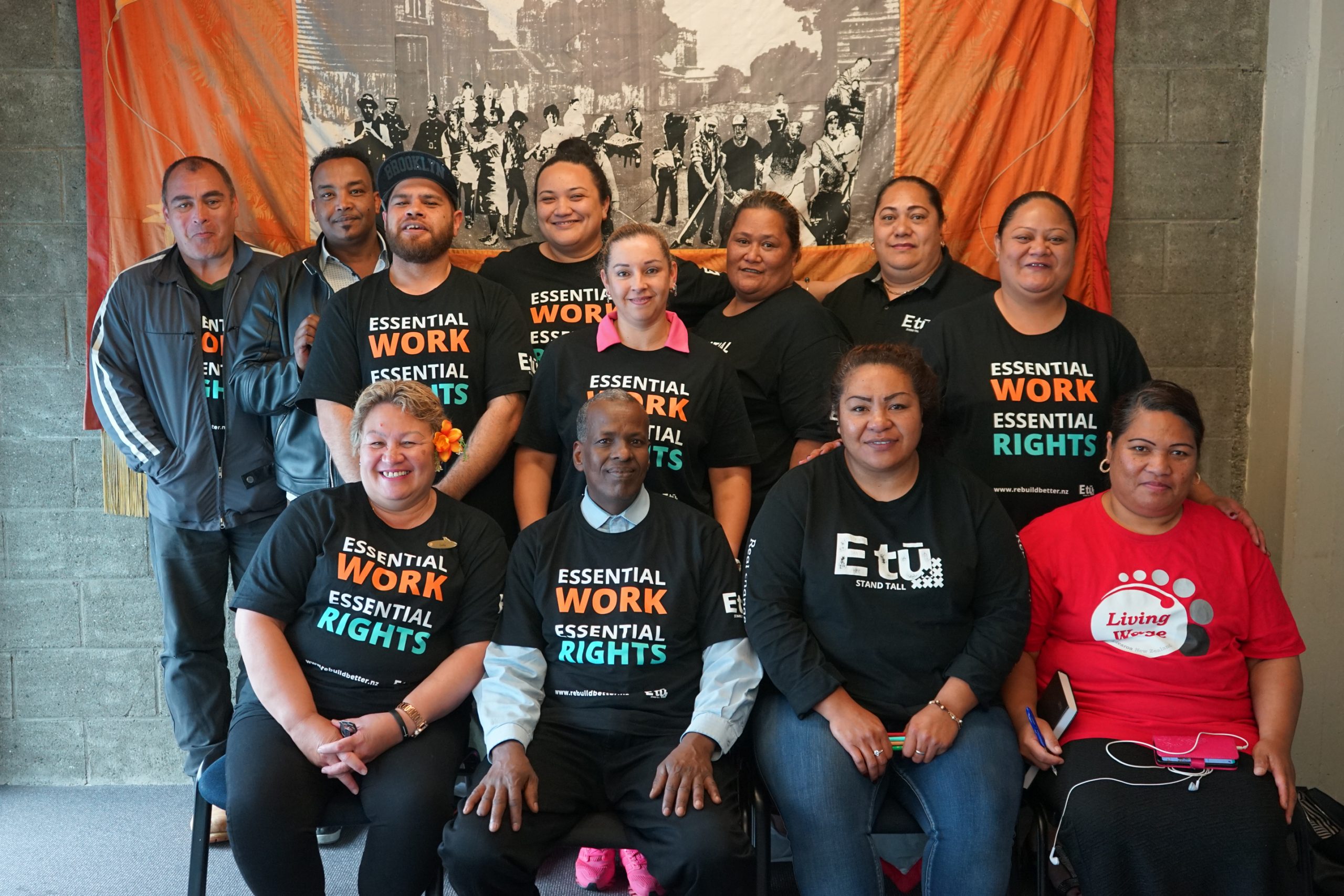 E tū members are pleased to learn today about the next steps in the Government’s plan to implement Fair Pay Agreement legislation in this term of Government.

“My colleagues and I have just won the Living Wage at our workplace. This is wonderful, after so long struggling to support my family on the minimum wage,” Josephine says.

“But we now need to get the Living Wage for the whole cleaning industry. A Fair Pay Agreement will mean cleaners will have certainty that we will get decent pay wherever we work.”

Fair Pay Agreements about more than just wages. They will also make it possible to set better conditions and protections, such as improved health and safety standards. Security guard Rosey Ngakopu says that’s desperately needed in her industry.

“Health and safety is the biggest issue at the majority of sites I have worked on,” Rosey says.

“We need regular welfare checks, decent facilities, and a lot more to keep us safe at work. Security guards are often overworked because it’s hard to fill positions on sites where guards don’t feel safe.”

“A Fair Pay Agreement will secure us better health and safety, as well as improving pay, training, and other conditions that guards need.”

The announcement today was made with the support of Geneva Healthcare, where Ana Palei works as a home support worker. She says a Fair Pay Agreement would address many of the main problems for workers in her industry.

“Work has become unbearable sometimes because of the lack of training and support for new people coming in, unrealistic expectations, unreasonable rosters, and demands which do not cater for any person’s health and wellbeing – especially for the vulnerable clients,” Ana says.

“When we won Equal Pay, our wages increased, which was great, but our hours reduced. Some home support workers feel we are now worse off. My hours have been reduced a lot.

“A Fair Pay Agreement means protecting us and our rights as human beings. It will promote equality in the workforce. It will prioritise health and safety and the wellbeing of each person, so that we can return home to our loved ones happy and not too stressed out.”

“This will be the best change at workplaces in decades,” Annie says.

“Setting fair wages and conditions across the board will stop the race to the bottom, which sees employers competing for contracts by paying poverty wages.

Annie and Ana are available for media interviews in Auckland at the announcement venue.