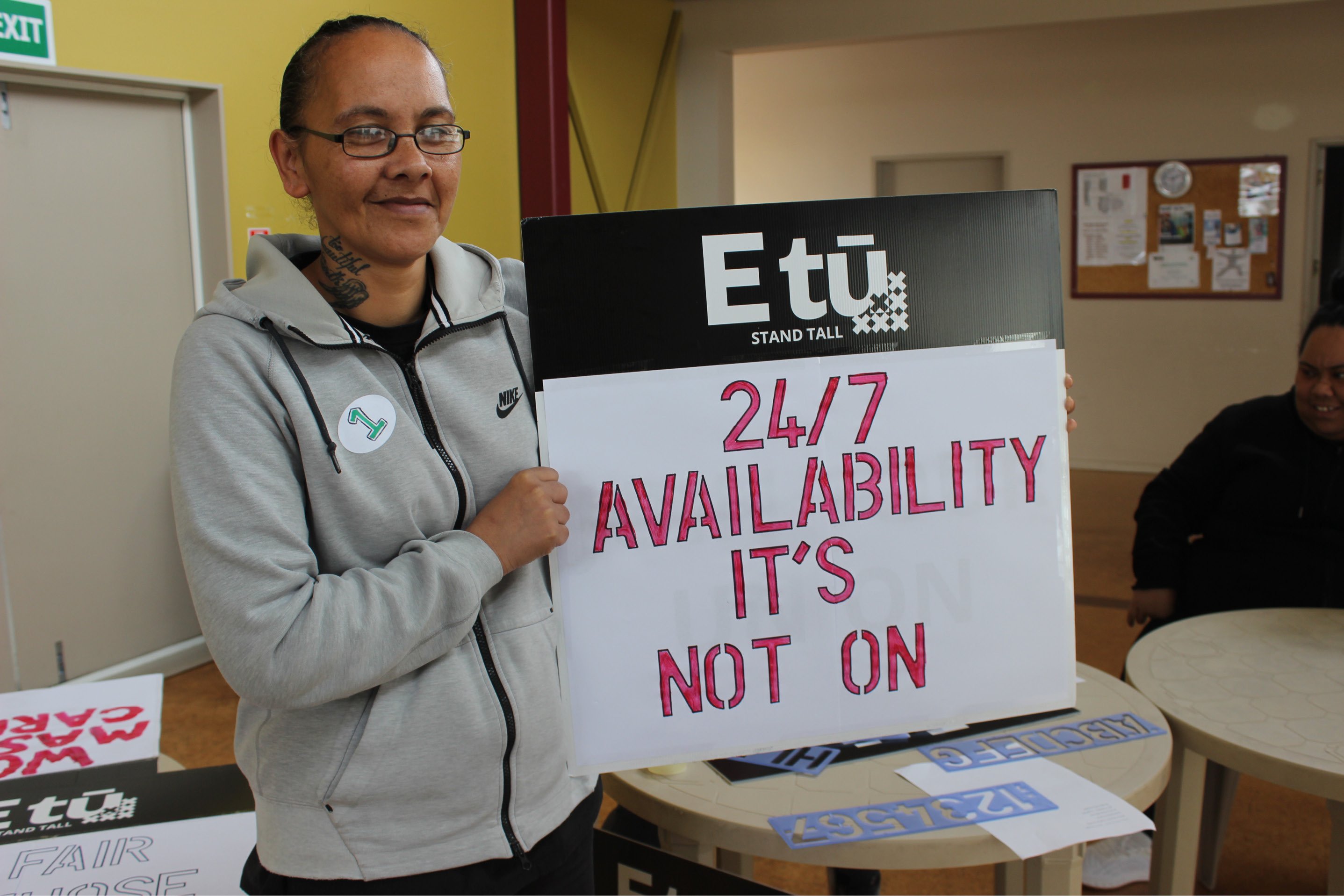 E tū has applied to the Employment Relations Authority for facilitation of the dispute over working conditions at Woburn Masonic Village in Lower Hutt.

Workers take strike action tomorrow for a second time over guaranteed hours and a requirement by facility operator Masonic Care Limited for 24/7 availability in case of roster changes.

Our members, who are seeking set shifts and hours, have likened this to the availability requirements of now illegal zero-hour contracts.

The workers will be picketing outside the village during the strike, which is scheduled to begin at 8.30am through until 1pm.

The application for facilitation notes the difficulty settling a collective agreement and the lengthy bargaining period. Talks were initiated over a year ago.

It details issues relating to security of hours of work and appropriate roster arrangements, as well as weekend allowances and sick leave.

“Our members are only asking for what is fair,” says E tū Director, Sam Jones.

“What they are seeking are considered standard terms and conditions across residential aged care, and they need the ability to plan their lives outside the important work they do.”

“It’s something we need to do,” says Sela. “Our employer hasn’t responded to our strike and it shows they’re not really keen to do anything to resolve the issues.”

Meanwhile, Sela says the members are looking ahead to tomorrow’s strike.

“They were hyped by the Tuesday strike!” says Sela. “They felt good, they felt empowered by that. They’re looking forward to tomorrow and the support we’ve had has given our members good vibes all round.

“It’s sad we are forced to take this action – our members don’t want to strike. But they have been forced into it because they don’t want to be on-call 24/7 for their part-time guaranteed hours.”