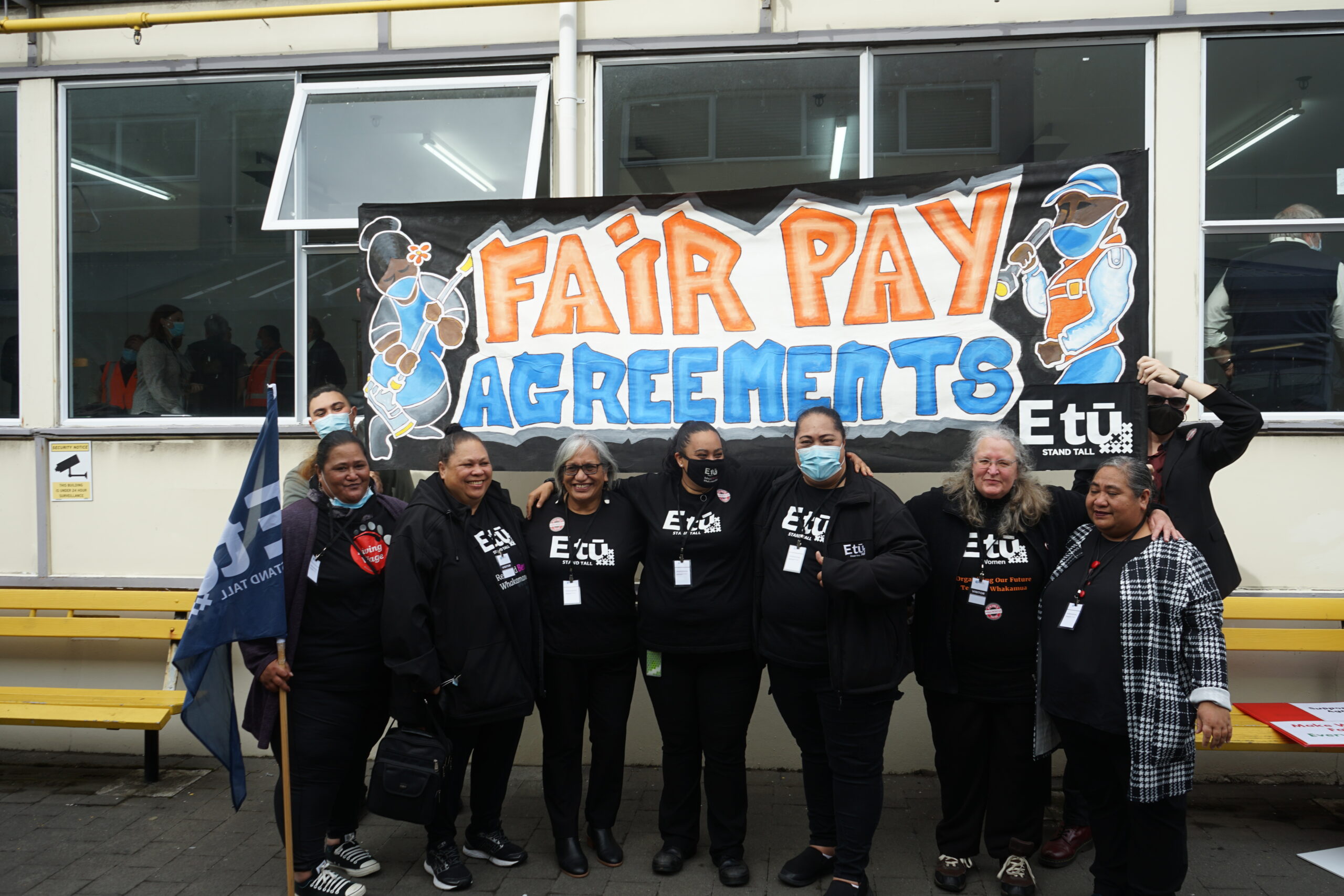 E tū is celebrating the conclusion reached by the Committee on the Application of Standards at the International Labour Conference, after a tenuous case against Fair Pay Agreements raised by Business New Zealand has been effectively dismissed.

BusinessNZ took the complaint to the International Labour Organisation (ILO), claiming that Fair Pay Agreements would undermine ILO Convention 98, which protects the right to organise and bargain collectively.

Instead of agreeing with BusinessNZ’s position, the Committee simply asked the Government to keep working with the social partners while developing the legislation, essentially giving Fair Pay Agreements the ILO seal of approval.

Of particular note was representatives from across the world standing up to commend Fair Pay Agreements and condemn BusinessNZ for wasting the ILO’s time. President of the Australian Council of Trade Unions, Michele O’Neil, explained how inappropriate the case was.

“In New Zealand’s case, employers will only have to bargain in good faith and agreements will be struck. Arbitration only kicks in to ensure vulnerable workers are protected. Which makes it all the more shocking that what appears to be a blatantly political and without merit case has been presented to this Committee. When this Committee has such a competing list of extreme cases of standards being breached in many cases with life and death consequences,” Michele told the Conference.

“It was always clear that BusinessNZ’s case wasn’t going to get anywhere, as sectoral bargaining is a common feature in workplace relations systems across the world,” Annie says.

“Fair Pay Agreements will allow some of our most vulnerable workers to have a real opportunity to improve pay and conditions that have been kept so low for so long. Of course, the ILO is going to see the merits in that.”

Annie says it’s time for BusinessNZ to apologise for their actions and to start engaging with Fair Pay Agreements in good faith.

“This frivolous complaint has been a key focus of BusinessNZ’s campaign to misinform people about Fair Pay Agreements. Just a few weeks ago, they published an edited version of a UN document to imply that their complaint had put New Zealand on a “worst case breaches” list – an utter misrepresentation.

“BusinessNZ leaders owe Kiwis and the ILO an apology for this embarrassing stunt.”

E tū members and supporters have made over 1,000 written submissions on the Fair Pay Agreements Bill, explaining exactly why this new mechanism is needed. An E tū delegation will be making their oral submission to the Select Committee on Monday afternoon in Auckland.