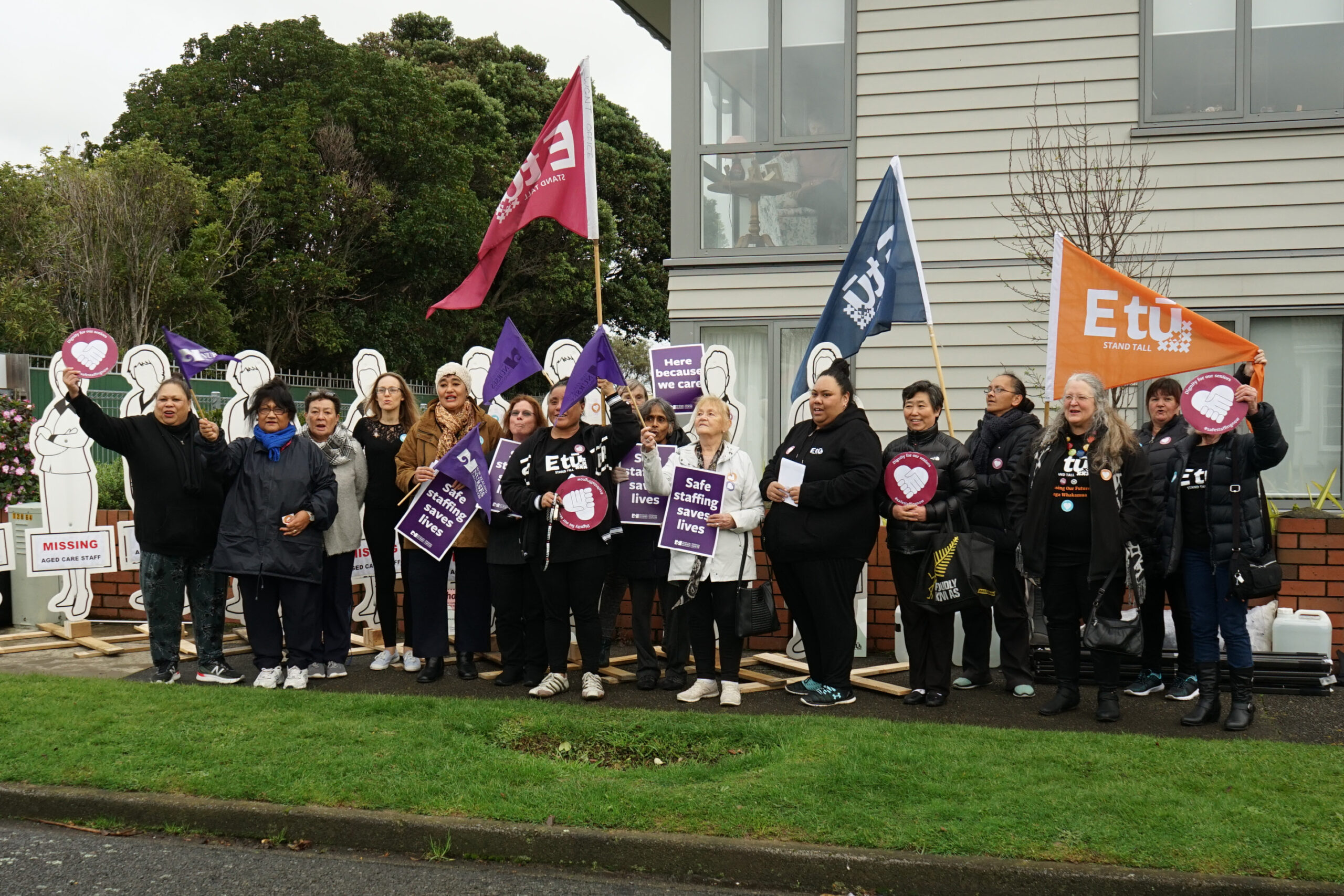 The joint campaign to push the Government to commit to safer staffing levels in aged care continues around the country with two North Island actions.

E tū members and delegates will be holding two photo opportunities in Gisborne on Thursday to raise awareness of how a lack of staff affects carers and residents as part of the union’s national #safestaffingnow campaign.

“You’re very quick – just getting what you need to get done and moving onto the next resident.

“On our rest home’s website, it’s all about quality for the resident and giving them the best, but we can’t do that when it’s just me and one other person [on duty].”

Without mandatory staffing levels, it makes it hard to get the company to take workers’ concerns seriously, Josephine says.

“It would be great to say, by law, we need to have so many staff to residents. It gives you something to stand on. As things are now, it’s the company’s call if they want to save some money [by having less staff on].”

Home support workers will also be holding a stop-work meeting at Age Concern Tairawhiti on the same day to discuss the impacts of moving key coordinator roles to Auckland and the gross underfunding, reduction of hours, and understaffing across the sector.

Staffing levels in aged care homes are not mandatory and voluntary guidelines are woefully outdated, with as little as three staff for more than 60 residents.

E tū Director Sam Jones says the situation won’t change until the Government updates the recommended staff-to-resident ratios and makes them mandatory at all rest homes.

“Not only are the current guidelines completely out of date, but they’re also voluntary, which means aged care facilities are not held accountable at all for providing an adequate and safe number of staff to residents.

“As far back as 2010, Labour and the Greens recommended making staffing levels compulsory. But since their election in 2017, so far there’s been no follow-through,” he says.

“In the wake of COVID-19, having a regulated number of staff to care for residents is absolutely essential.”

The #safestaffing photo opportunities will be at Te Wiremu House at 12pm and Age Concern Tairawhiti at 1pm on Thursday 6 August.