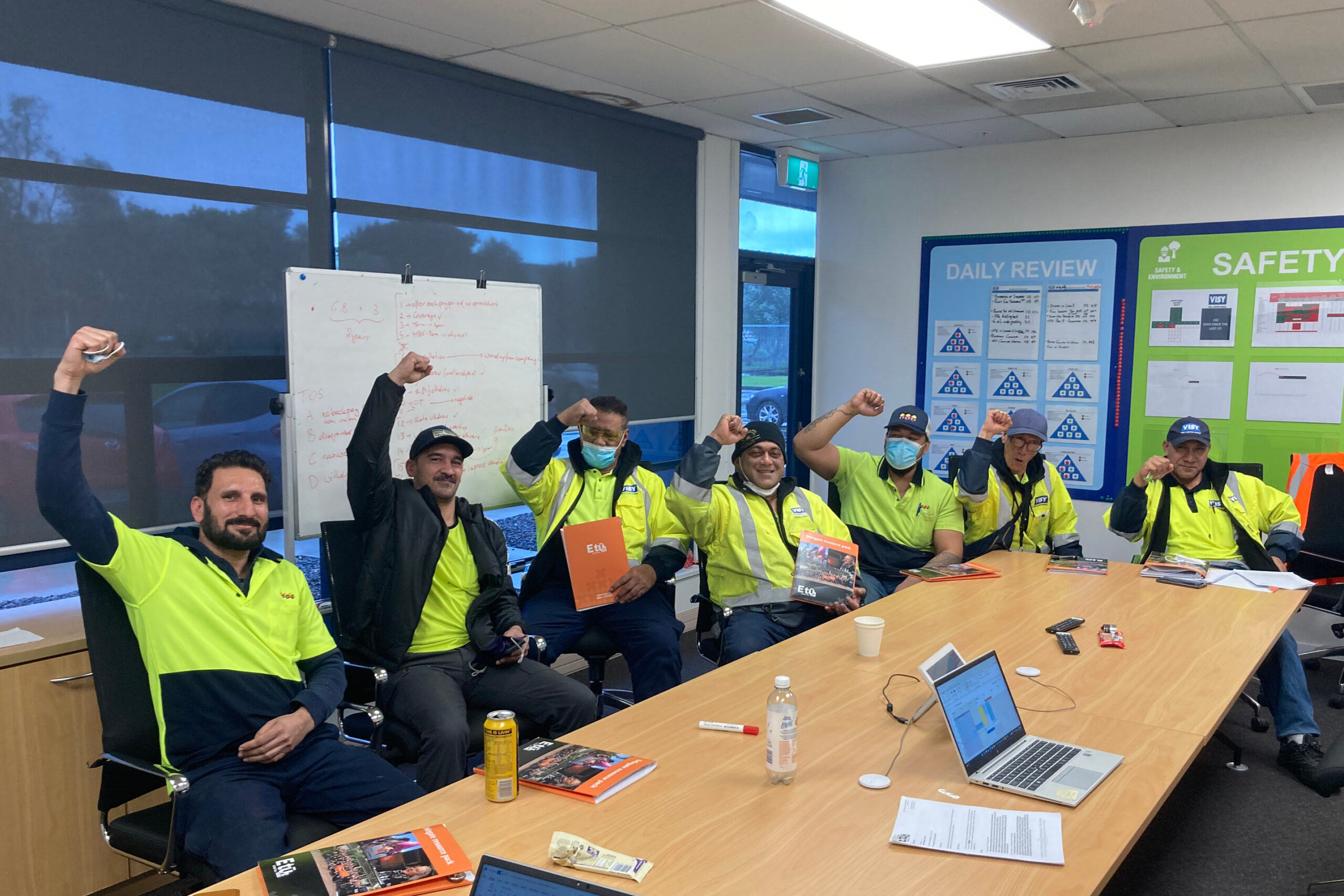 More than 100 workers from two Auckland packaging companies are taking strike action to secure a decent pay rise and fair compensation for overtime.

E tū members from Visy Board New Zealand in Wiri and Charta Packaging – both owned by the Visy – are wanting to see at least a 10% increase on their regular pay in a one-year deal.

Members, whose usual work hours are 50 hours a week and with most working over this amount, also want to see overtime payments start before clocking the 50-hour mark.

E tū Delegate Reaaz Ali, who has been at Visy Board for more than 15 years and works six days a week on a 12-hour shift, says Visy workers want to see be treated fairly and with respect.

“Members want fairness from this big, multi-million-dollar company and to be acknowledged and respected for their work. We spend 90% of our time working – especially those of us on night shift, we hardly spend time with our families.

“We have kids, and we don’t see them – only in the mornings before they leave for school or at weekends,” he says.

“We don’t want to be doing these long hours, but if we don’t then we will struggle. We feel we don’t have a choice, and it’s killing our health as well.”

Another E tū Delegate, Manu Filimoekava, has been at Visy Board for 25 years and says it’s the first time workers at the company have taken strike action in that time.

“We are doing long hours to survive. I work around 64 hours up to 70 hours a week. We’ve got no time with family, no time with friends, no happy hour. It’s no life.”

E tū Organiser for Visy Board and Charta members, Ines Mitgutsch, says workers at the company are getting a poor deal in comparison to those who work for competitors.

“From my perspective, workers at Visy work some of the longest hours per week in the packaging industry.

“When overtime pay doesn’t kick in after 40 hours and there aren’t many allowances, it all adds up to conditions our members are now determined to improve.

“If they had higher base pay and received overtime for time worked above 40 hours, this would make a huge difference,” she says.

“The company needs to pay its workers fairly and come to the table with a decent offer.”

E tū members from Visy Board Wiri and Charta Packaging will be striking for 24 hours from 3.30am on Wednesday 24 August.

There will be a picket on Wednesday 24 August outside Visy Board, 235 Roscommon Rd, Wiri, Auckland from 5am-11am.