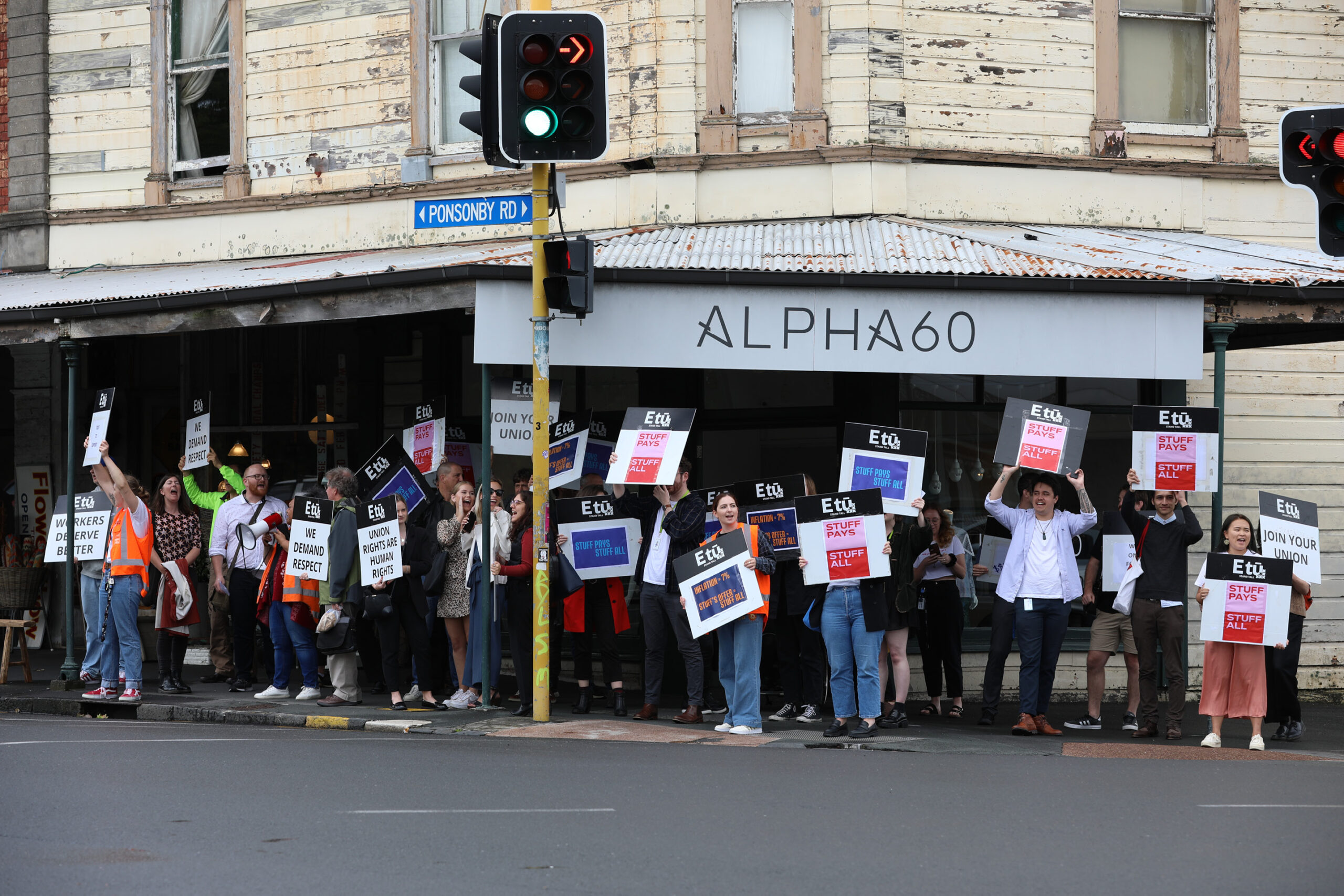 Team effort and unprecedented strike action turned things around for members at one of the country’s largest media organisations, putting them off to a good start for the new year.

Last year, Stuff journalists in Auckland, Wellington, Hamilton, and elsewhere, took to the streets for several hours, fighting for a decent pay rise in the face of wages that have stayed stagnant for years.

Thanks to their action and hard work, from 2023, members will see a 6.8% pay increase and the reintroduction of a stepped pay scale.

The lowest paid members will also now start on $55,000 – an enormous achievement, which means a boost of around $7000 to an entry-level starting salary.

Delegate Tom Hunt says strikes are rare for members in the journalism industry, who haven’t done one for at least more than a decade.

But when it became obvious that negotiations had come to a stalemate, members wanted to go in strong right away, he says.

“People were really just struggling so hard financially that they really wanted to take action.”

After just a two-hour strike, the team got back around the table and “got things sorted pretty fast”.

Tom says top management was surprised that their workers were living so close to the poverty line: “People don’t want extra money to go to the pub – it’s about the cost of living.”

Now, the higher start rate combined with the annual pay scale increases means members coming into the profession at Stuff will see their pay progress as they gain more experience, he says.