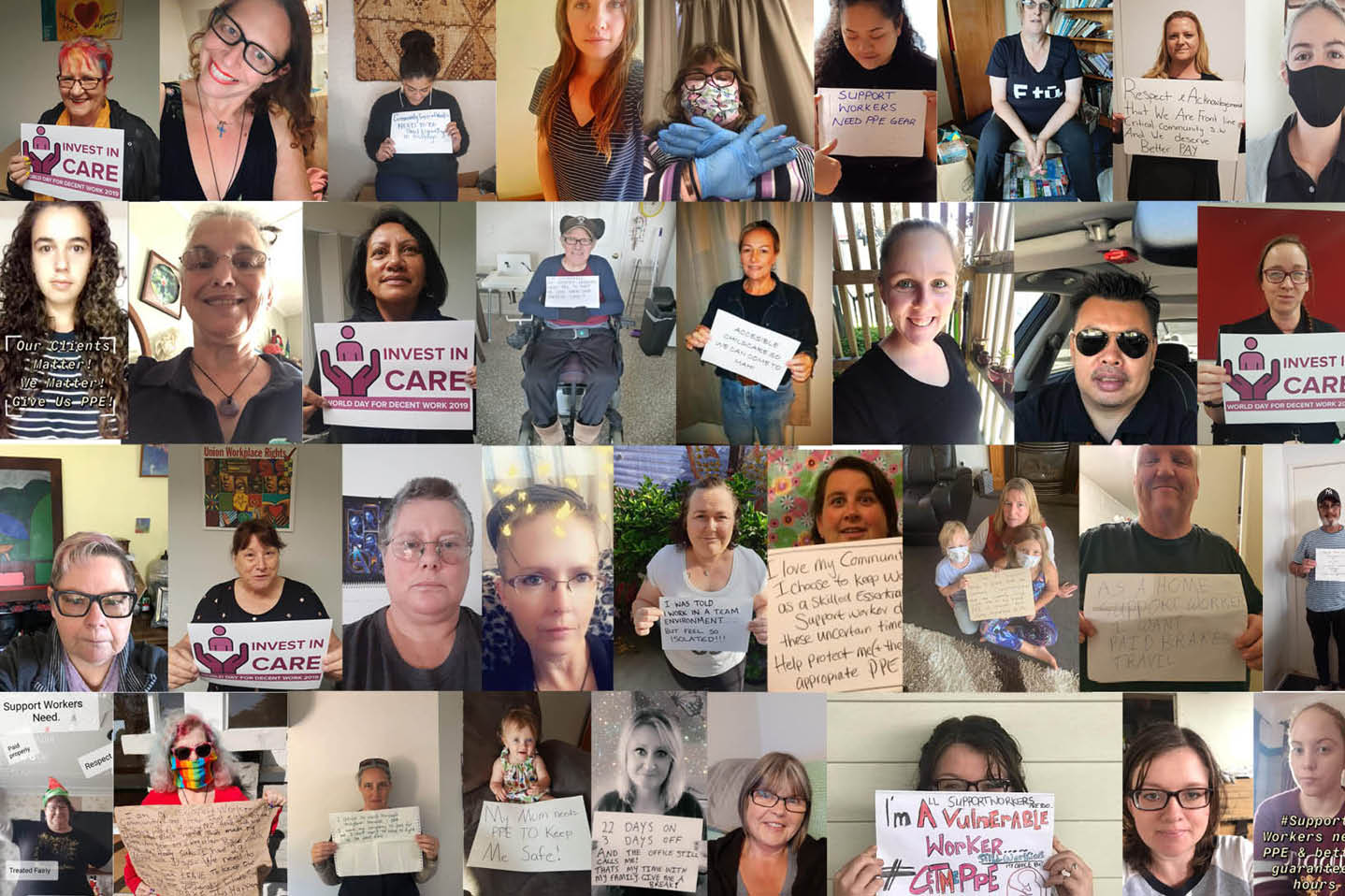 The unions representing home care and support workers have joined forces with the association for New Zealanders over 50, launching a campaign to fix our country’s fragmented and failing home support system.

Members of the Public Service Association and E tū have this week begun holding nationwide meetings, and have as a first step launched an online petition that calls on politicians across the political spectrum to take action.

The campaign is called “They Deserve the Best”, and further actions will be announced in coming weeks depending on Covid restrictions and the response from politicians.

Home care and support is publicly funded by DHBs, the Ministry of Health and ACC, but provided by a web of for-profit companies and charitable NGOs.

The petition urges politicians to overhaul the home support system and commit to:

·  Decent jobs for home support workers. This means permanent regular shifts like other health workers have, hours and income which don’t fluctuate all the time, a proper wage for travel time, and genuine access to breaks so our jobs can be safe.

Donna Wealleans is a Tauranga-based support worker and PSA union delegate. Last week she was only offered two hours of work.

“I can’t explain what’s going on, but it’s clear the system doesn’t work. Our union negotiated a guaranteed hours agreement that means I’ll still get paid enough for last week to get by, but it doesn’t make any sense that I would get so few hours while other colleagues are given almost more than they can handle,” she says.

“It’s one example among many of how broken this system is. The only thing that keeps me coming back to this work is how much I care about my clients. They need support workers to help them keep living in their own homes, and that’s what keeps us going.”

Support workers have prepared a series of videos in which they share their experiences of the job and discuss what could be done to improve their lives, and those of their clients.

These videos will be released in the coming days on the PSA and E tū Facebook pages.

Napier’s Tamara Baddeley has been a support worker for about 20 years, but the E tū union member struggles to achieve work-life balance with the demands of a difficult and undervalued profession.

“It’s time for change, and frankly it’s long overdue. We are essential health workers and all we want is the respect and decent treatment that should go with that,” she says.

“All through lockdown, support workers went house to house, often without the PPE we needed to keep us and our clients safe. We are sick and tired of being treated like we’re expendable, and it’s time for the Government who funds our work to step up and fix the problems with it.”

Roy Reid is President of Grey Power in his home turf of Golden Bay, and Treasurer of the national organisation.

A Queen’s Service Medal recipient, his concerns about New Zealand’s home support system are informed by conversations with the former support worker who for years visited his wife at home for an hour every week.

“The same problems can directly impact on both support workers and their clients, some of whom are Grey Power members. I know of support workers who had to leave the job because they can’t tolerate the hurdles, hassles and injustices any more, and when that happens, a client can lose someone they’ve built a relationship with over many years,” he says.

“Our organisation is deeply worried by reports of home support clients having their hours cut. With some DHBs starting to propose significant overall budget cuts, we worry this could flow on to make life hard for the New Zealanders over 50 who rely on home support. It’s time to take a stand.”