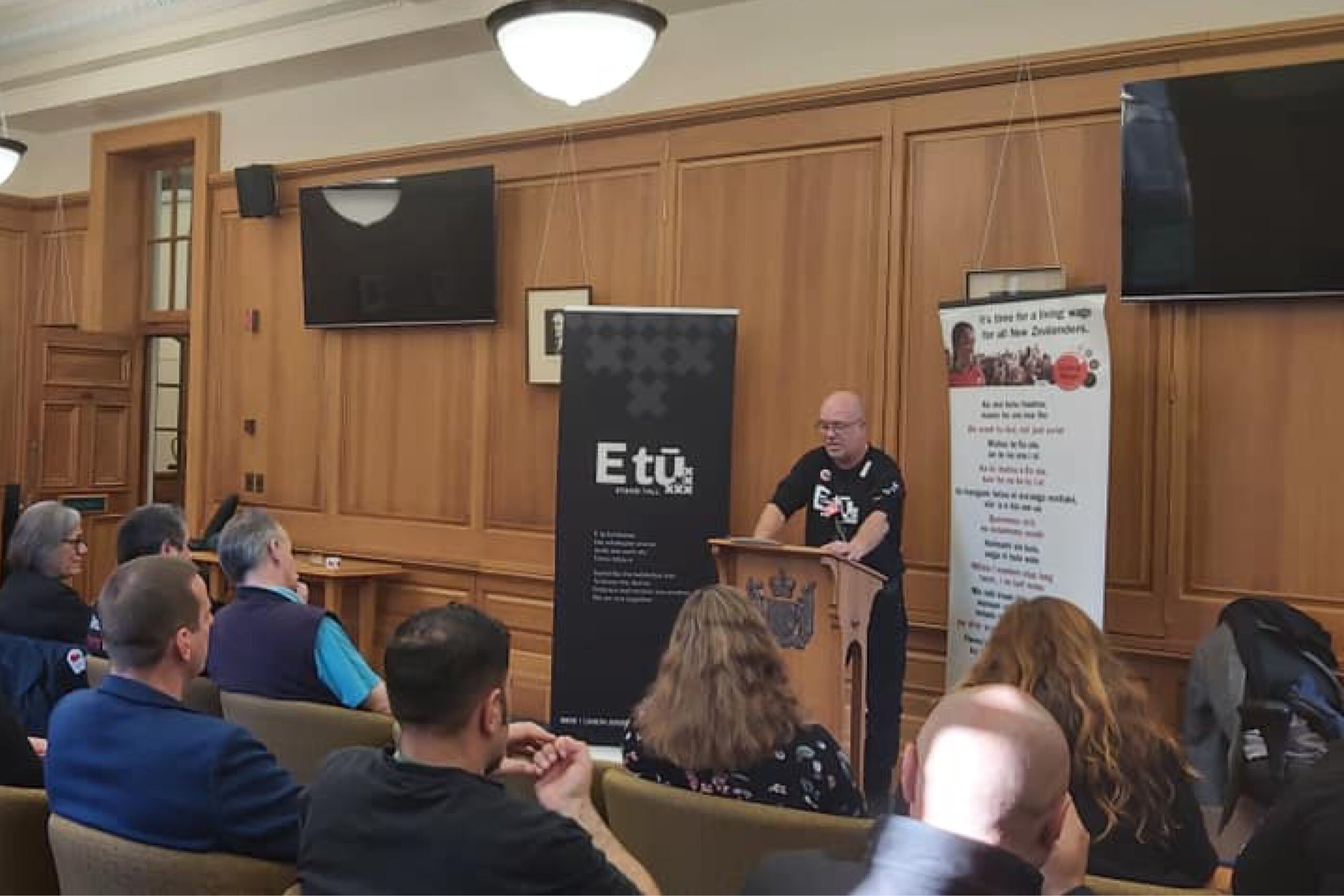 Ministry of Social Development (MSD) security guards across the country are thrilled today to learn that they will finally be moving up to at least the Living Wage of $22.10 per hour.

Minister for Social Development Carmel Sepuloni announced today that around 400 Tautiaki (security guards) will be paid at least the Living Wage from 1 September.

It comes after years of campaigning for public service workers who are employed by contractors to be paid at least the Living Wage.

Robert Duston says it can be a hard job, but one he enjoys.

“I like being able to help less fortunate people have a good day and feel that they’ve had a good experience. “Yes the Living Wage has taken a long time, but I’m really happy the Government has recognised we’re worth it.”

Robert says: “It’s my 50th birthday next year and earning the Living Wage for me means that I can start saving to go on a holiday and not have to worry about paying bills along the way.”

E tū organiser Yvette Taylor says that the announcement amounts to a promise finally honoured by the Government.

“In 2017, all three government parties committed to paying at least the Living Wage to people employed by contractors in the core public service,” Yvette says.

“The way to deliver that is by making the Living Wage the minimum rate that people must be paid when negotiating with government contractors for services like security.