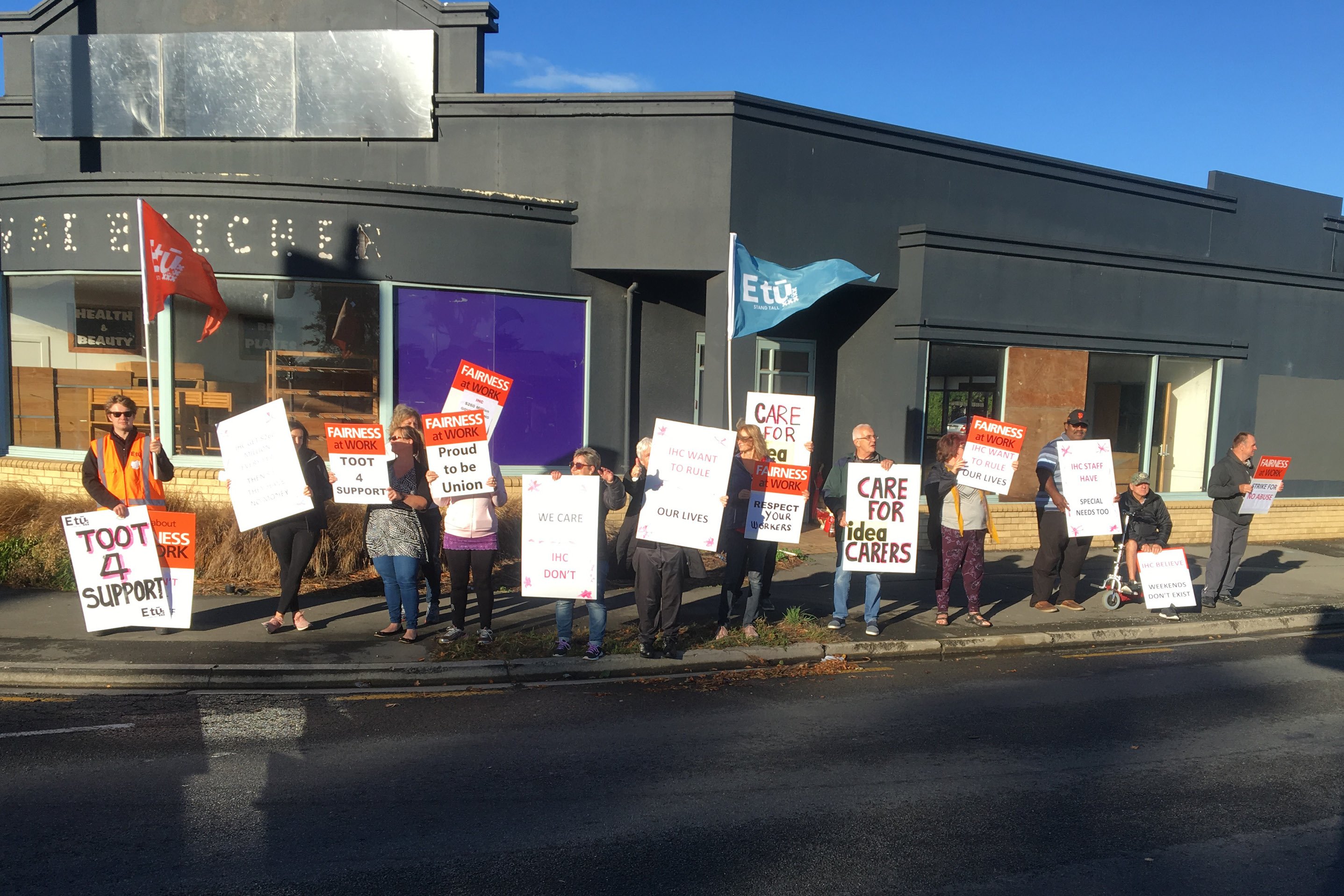 A 12 hour strike this Sunday by care and support workers at IDEA Services will go ahead after two days of failed mediation this week.

Three thousand E tū members are affected by the dispute which has been running for eight months and has seen five previous strikes.

“To date we have held a series of one-hour stoppages in an effort to convince IDEA of the need to seriously respond to staff concerns around health and safety, workloads and job security,” says Alastair.

“At IDEA’s request we attended additional mediation this week only to find the employer had little constructive to add and only wanted to deal with ‘hypothetical’ bargaining scenarios, with no firm pay offers.”

The union has applied for a formal facilitation process, arguing the bargaining has become protracted and the employer has shown bad faith.