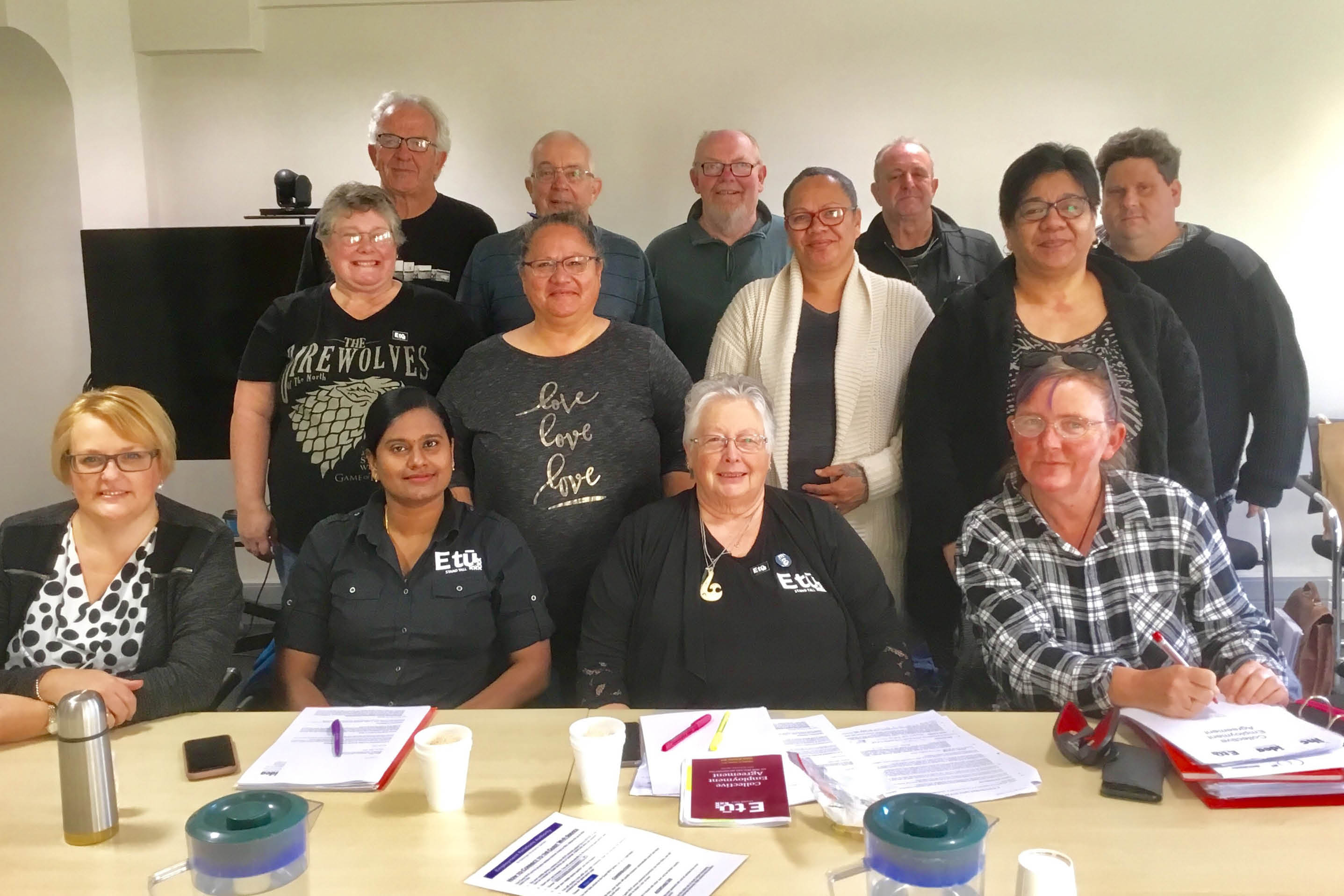 The E tū and IDEA Services Support Workers Collective Agreement has been ratified by a vote of 83% in favour. This agreement was achieved by the fantastically committed and hardworking bargaining team delegates who can be truly proud of the way that they represented the E tū members interests over a period of 11 months, as well as all members who engaged in the process, attended meetings, and took industrial action.

What’s in the deal?

What do the bargaining team delegates say about the deal?

The union bargaining team endorses the outcomes that have been achieved as being all that is possible in the current environment and look forward to working with all the parties to achieve a better funded sector.

What does this mean for SSWs?

Any member who thinks they are a designated SSW or undertaking SSW duties under the agreed criteria will have until 22 November to make an application to be part of the buy-out and a further four weeks to provide evidence to verify they qualify.

Delegates will be released on pay to meet with support workers and help them make their applications for this process and put together the evidence needed. This will probably happen at facility meetings soon, so watch out for those. E tū has produced a template application form to make this easy for you.

Meanwhile, the new scheduling changes will not take effect for three months after the agreement is signed off. E tū will distribute flyers and info cards summarising your rights around these, so you have the information readily available if you need it.

E tū and IDEA have agreed to join forces to lobby the Government for more disability sector funding. We will want you to be actively involved in this work as your voice and your stories will make a difference. The goal is to make sure any government elected in November 2020 prioritises the under-funding of disability services, so money is available when we bargain again in a year’s time.