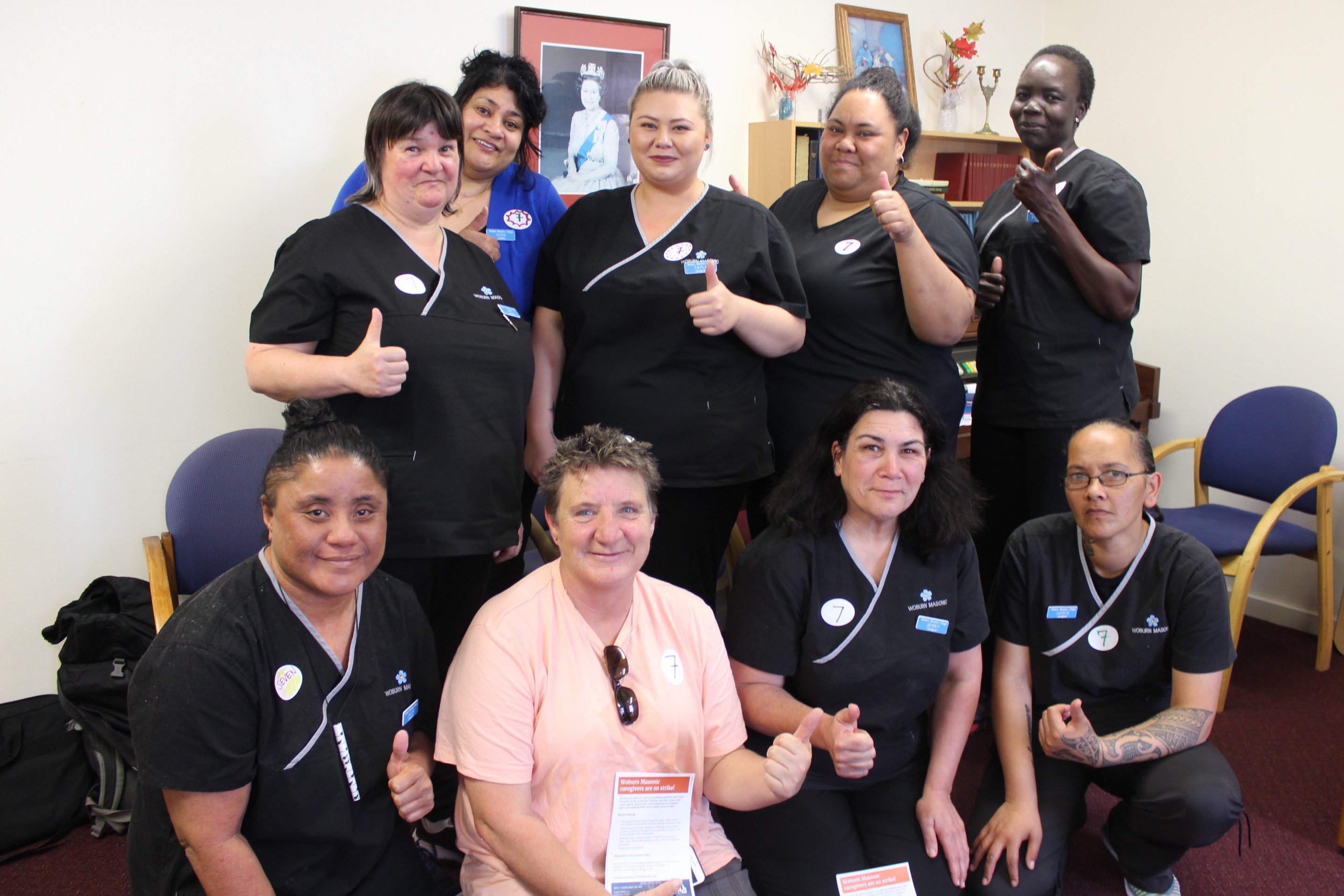 E tū organiser, Robert Ibell says talks have dragged on for almost a year and, despite several sessions with the mediator, the members and their employer, Masonic Care Limited, are nowhere near agreement.

“We meet again with the mediator on Thursday and we are hoping for an offer we can work with,” says Robert.

“So far that hasn’t been the case,” he says.

A key issue is the employer’s refusal to offer members set shifts or hours.

“This employer wants to only guarantee a certain number of hours a fortnight, but our members don’t know what those hours will be. That’s unacceptable and unworkable for our members who wouldn’t be able to plan their family time.”

“The residents value the care and personal attention they get from staff at Woburn Masonic as do their families. That isn’t reflected in management’s position in the bargaining.

“One of the key things that attracts residents to this home is the quality care they receive. The staff know they’re important, but they don’t feel valued by their employer,” Robert says.