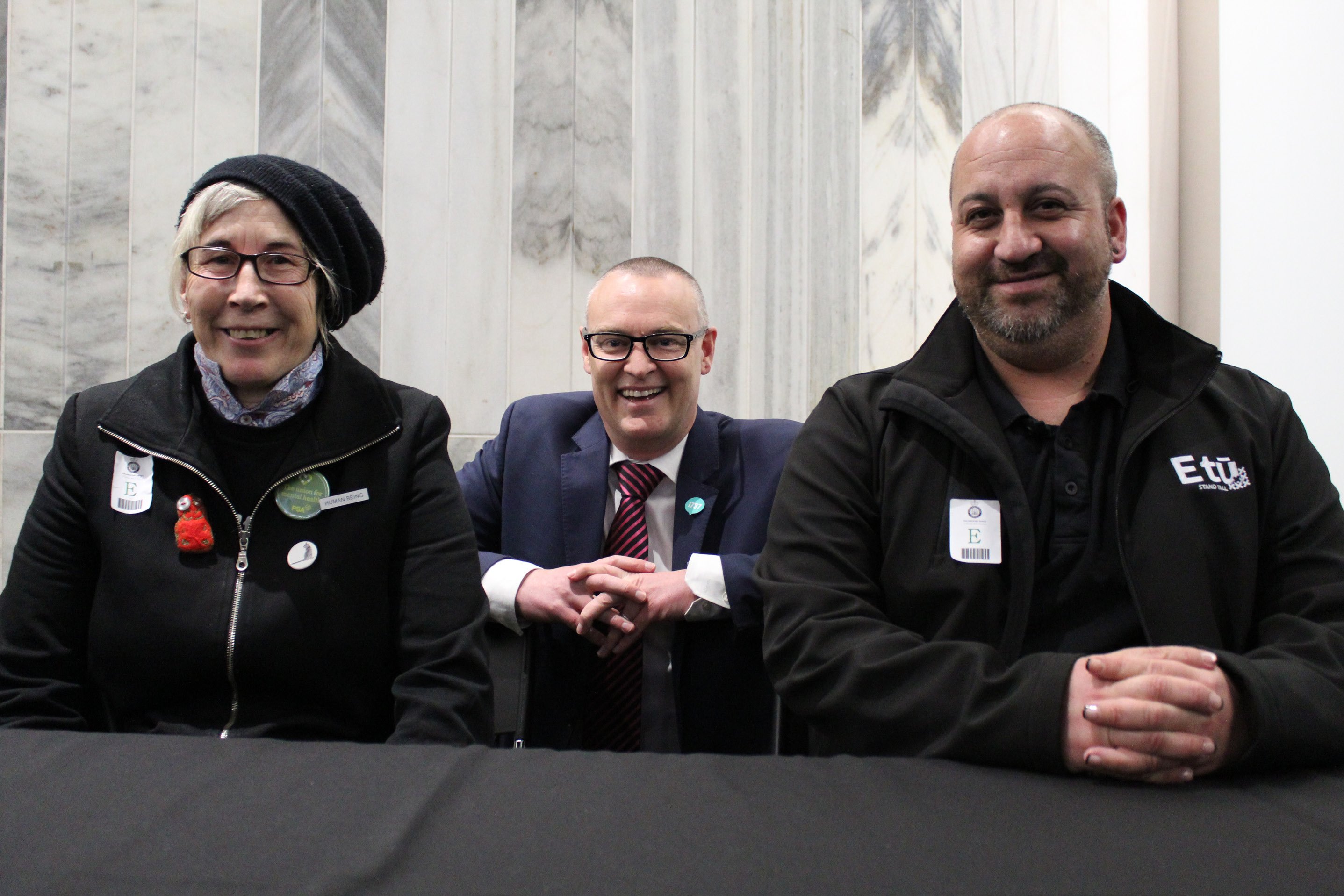 Around 5000 mental health and addiction support workers will be paid what they are worth, after the ground-breaking care and support settlement was extended to cover them.

Health minister David Clark has signed the $173.5 million pay equity settlement, along with representatives from unions, providers and the Ministry of Health.

“They’ve had to wait but it’s been worth waiting for,” he says.

“I think it’s a real triumph for the workers who have worked tirelessly for so little pay for so long,” says E tū delegate Leon Tunoho who has worked for nine years as a mental health and addictions support worker.

“I also hope this helps retain the good people working in this sector as well,” he says.

“These workers were unfairly left out of the equal pay care and support settlement by the National government, and we’re thrilled to see this wrong righted today,” PSA Assistant National Secretary Kerry Davies says.

“They do crucial work with some of the most vulnerable people in New Zealand, and today they are getting what they truly deserve – because they are worth 100%.”

PSA Delegate Tarn Evans says today is a hard-won victory which will make a huge difference.

“Many mental health and addiction support workers are paid at or just above the minimum wage, and it’s really hard to make ends meet.

“Now, we’ll be able to feed our families, pay our bills and put fuel in our cars without worrying if there’s enough left in our bank accounts.”

The settlement will see more than half of workers in the sector get an increase of more than $3 an hour – and one in five will get more than $5 an hour.

The increase will be backdated to July 2017.