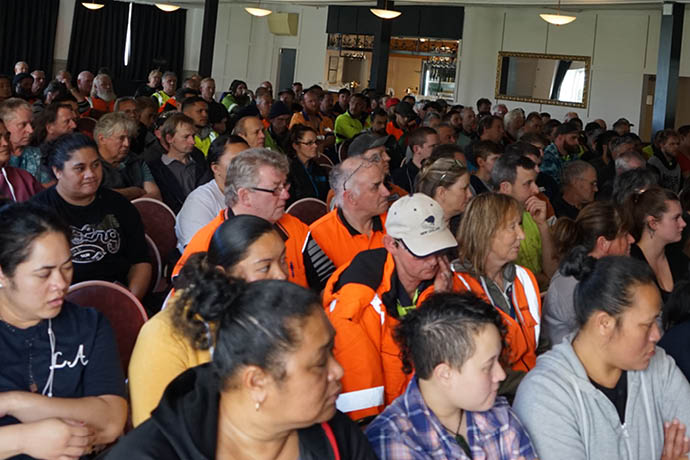 The Agreement, or Metals as it is known, is E tū’s oldest and biggest manufacturing industry agreement and provides a guide for all pay deals across the manufacturing sector.

The one-year settlement includes pay rises of between 3 percent and 3.7 percent and retains a margin of 50 cents above the minimum adult wage for the lowest printed pay rates in the document.

Members also secured an enhanced redundancy provision for workers with between six and 12-months service.

“As with many other renewals of collective agreements around the country at the moment, this agreement had to take into account two increases in the minimum wage, and at the same time, to maintain the relativities with wages across the industry,” says E tū advocate, George Hollinsworth.

“The settlement does this and we think the pay deal we’ve reached is a good one.”