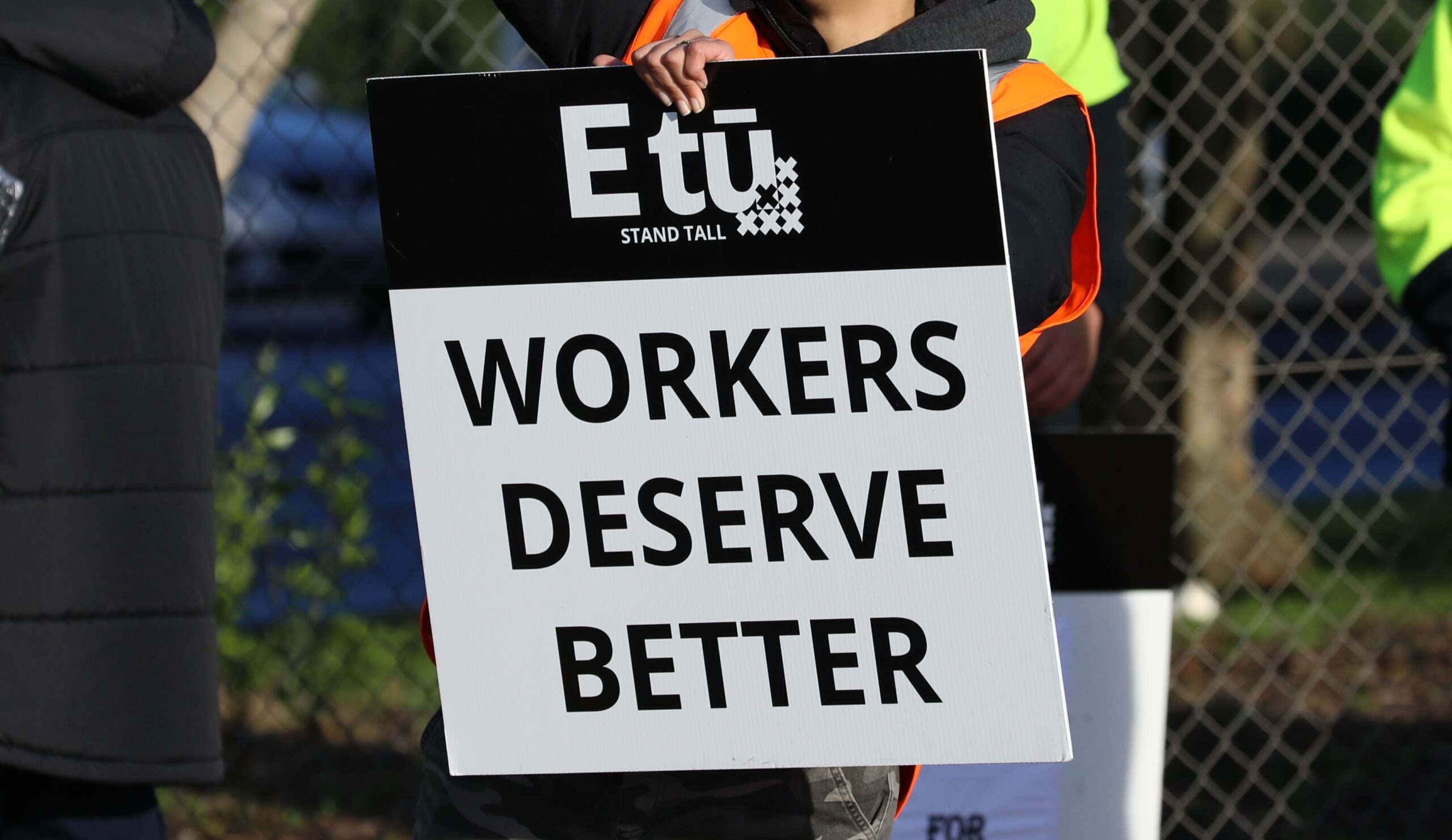 Members at another major paper packaging manufacturer are taking strike action to win decent wages with no clawbacks.

Up to 90 members at Opal Kiwi Packaging in Auckland are striking and picketing on Friday to move wage negotiations along in their latest round of bargaining for a new collective agreement.

Members have also been on an overtime ban since the beginning of August, which is significant, considering many do regular overtime and rely on it to make ends meet.

Around 80 other members at sites in Hastings and Christchurch are supporting their Auckland-based colleagues by also doing their own overtime bans.

An E tū Delegate at Opal in Auckland says many workers are doing 60 to 70 hours per week to get by.

“It just goes to show that working that many hours every week, obviously wages are not high enough. If the hourly rate was reasonable, we wouldn’t be working those hours.

“That’s why we are standing together. It’s about having a good income to take home to our families, to enjoy a bit of life, rather than just filling our cupboards and our freezers,” they say.

“We need a fair increase that accommodates everybody’s everyday expenses in life, in a way that they can provide for their families without struggling all the time.”

E tū Organiser Alvy Tata says members want a decent pay increase that keeps up with the cost of living.

“Workers shouldn’t be reliant on working overtime to get by. The company has offered less than CPI, which is a wage cut in real terms.

“It has also said that if members want more pay, they need to effectively fund it themselves by pushing up the threshold for overtime rates.”

Alvy says members have been working long overtime hours for more than a decade.

“That’s really what the issue is – workers need to do overtime just to cover their living costs,” she says.

“Our members want a decent pay increase with no clawbacks, and they will keep fighting until they get it.”

Opal members will be striking and picketing outside their company premises on Friday morning.