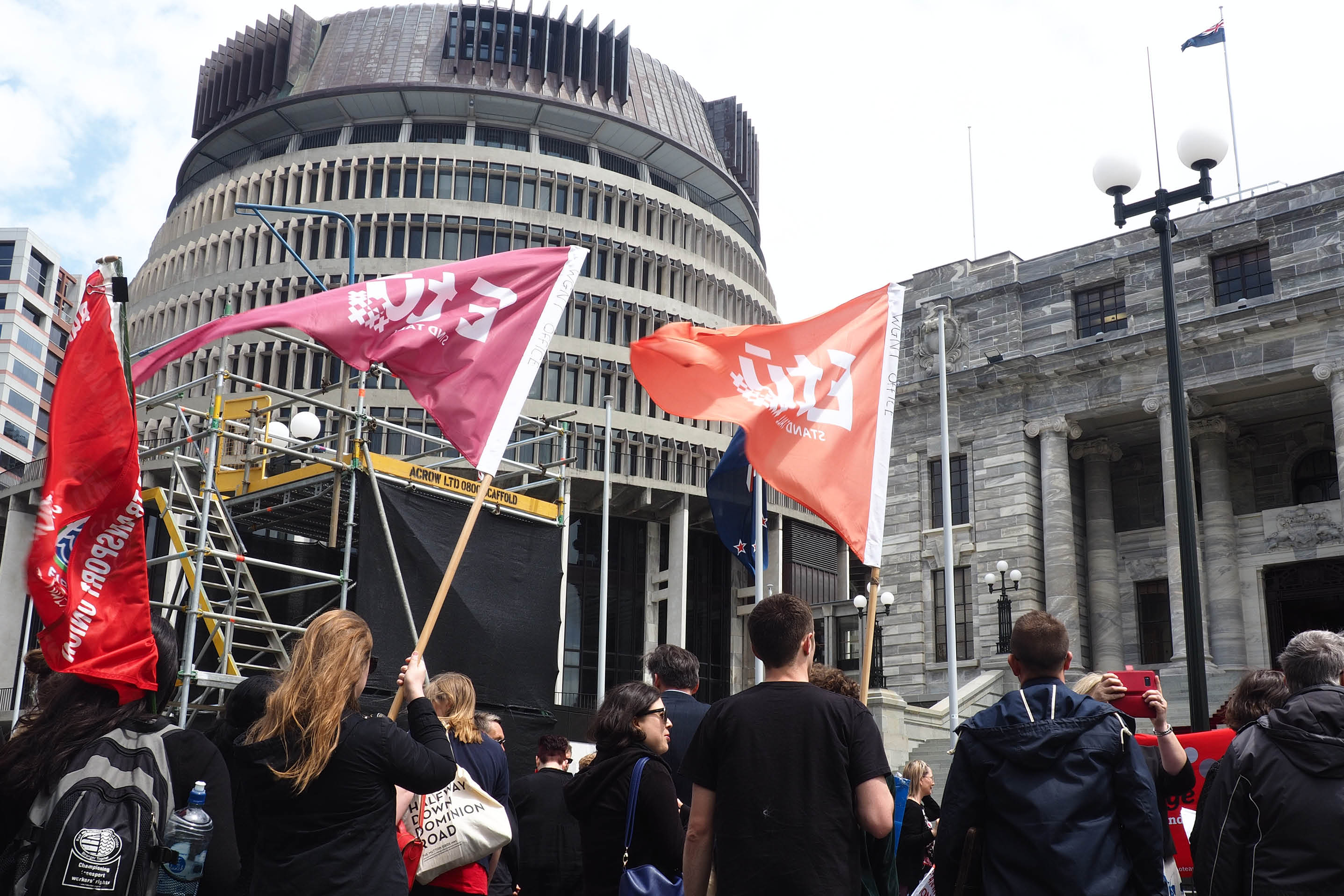 E tū is pleased to see progress on the Government’s plan to set up a system for social unemployment insurance.

Similar to ACC, social unemployment insurance would cover a substantial portion of lost income when a worker is made redundant. The details announced today propose that the scheme will cover up to 80% of a worker’s wages for six months, up to $1820 a week. It will be funded by a 1.39% levy on both employers and workers.

E tū has been campaigning for a social unemployment insurance scheme since before the last election. E tū Assistant National Secretary, Annie Newman, says the COVID-19 pandemic has highlighted the need for better income security.

“While Aotearoa has so far managed to avoid catastrophic levels of unemployment, the pandemic has reminded many of us that pay insecurity could be just around the corner,” Annie says.

“E tū members in some industries like aviation and hospitality have been hit hardest. Many workers have had to quickly find other jobs, sometimes on much lower wages. It’s been extremely difficult.

“Our members have been discussing the idea of social unemployment insurance as part of our Decent Work campaign. There is a lot of enthusiasm for the concept – it makes a lot of sense to workers.

“It’s also reassuring to see that the scheme takes into account the nature of work in the gig economy, where many people have to work multiple jobs just to make ends meet.

“We congratulate the Government, the New Zealand Council of Trade Unions, and Business New Zealand for working together constructively to design this system.”

Annie notes that social unemployment insurance will not be a panacea for poverty in Aotearoa.

“While this will make a gigantic difference for workers and families who will benefit from it, E tū also supports expanding the wider social safety net, particularly by increasing current welfare payments.”