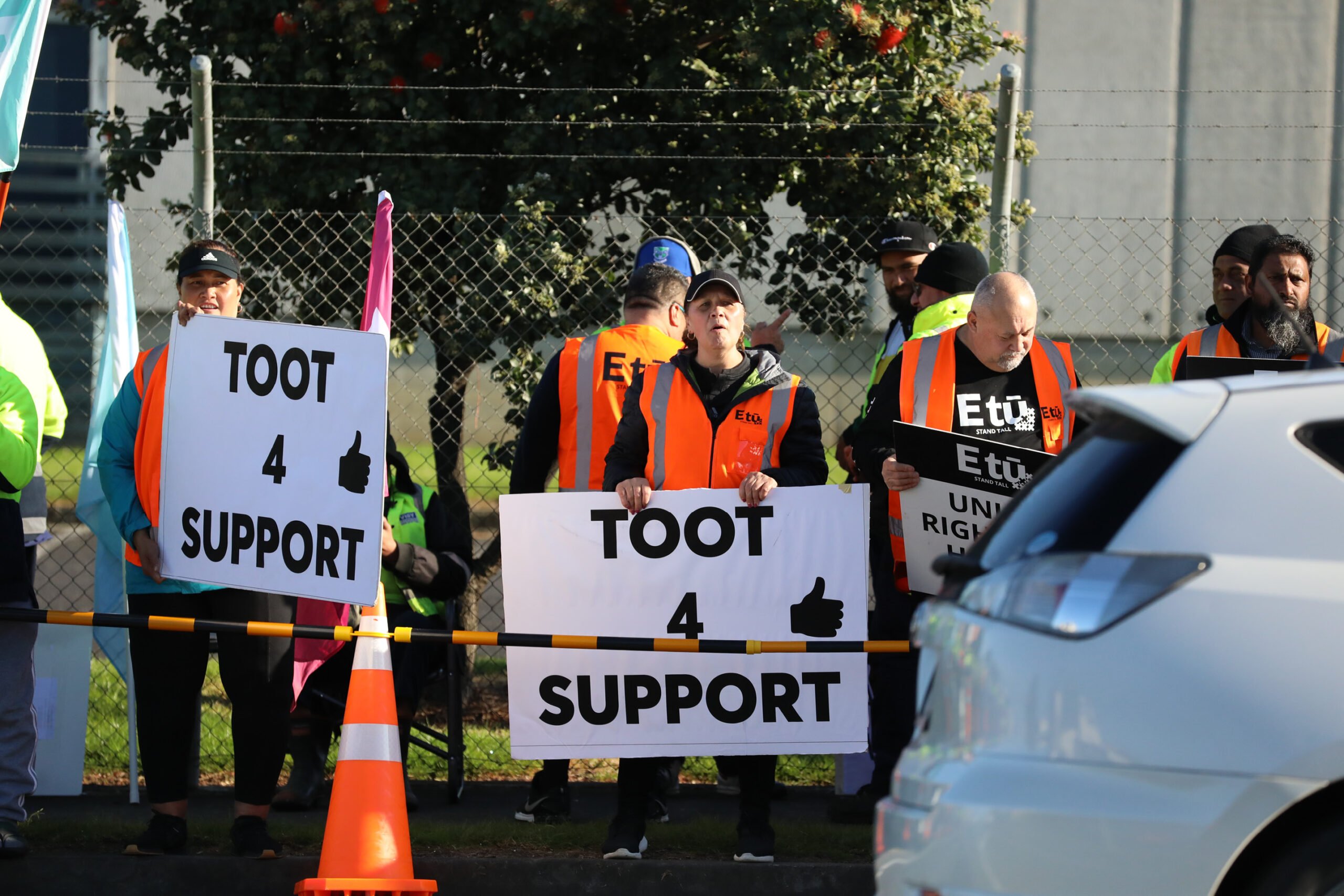 Packaging workers from different companies are joining collective forces again to send a strong message to their employers to offer them a decent wage increase.

On Friday morning, some 200 workers from Visy Board, Charta Packaging, and Opal Kiwi Packaging are striking again, with a picket outside Opal’s company premises in South Auckland.

The workers produce cardboard boxes that many popular items such as food, beverages, and homecare products are packaged in.

Members’ ask remains consistent: a pay increase to cover their rising living costs, as many work between 60-70 hours per week to get by.

Visy Board and Charta Packaging members also want to see their overtime rates kick in after 40 hours, rather than 50 hours as is currently the case.

E tū Visy Board Delegate Manu Filimoekava says there has been no change in the company’s offer after the workers’ first joint picket on Monday, and members are getting upset.

“They need to give us an answer. The situation hasn’t changed,” he says.

Manu says members are prepared to strike until the company comes back with an acceptable offer.

“Members need to see movement on decent pay and conditions to improve their lives and those of their families.

“For Visy and Charta members, they also need to see overtime paid from 40 hours to be fairly compensated for their work.

“A pay increase, combined with overtime rates that kick in earlier, will mean these workers will be able to participate more in their family and community lives without having to worry about how to pay next week’s rent.”