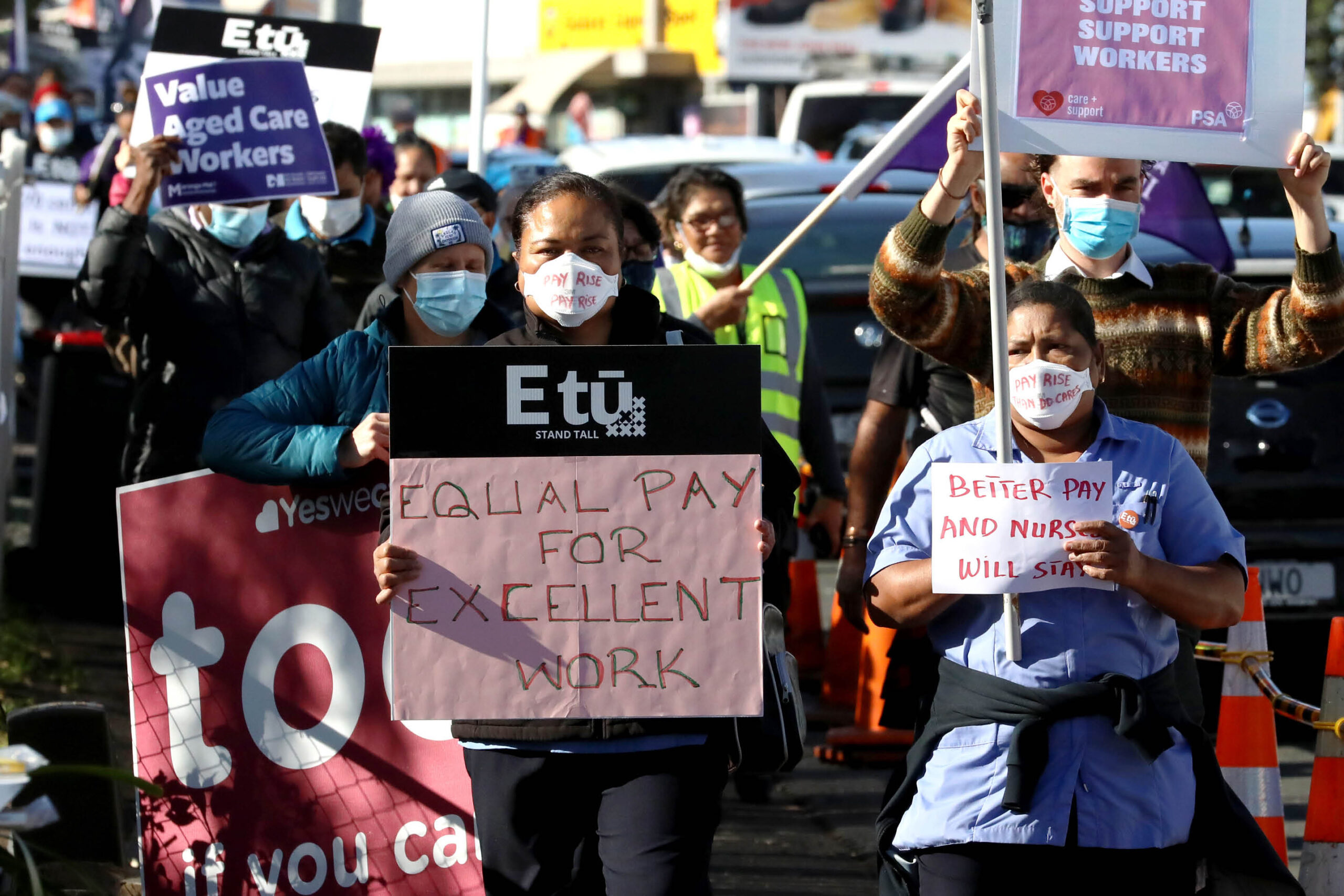 Unions representing thousands of care and support workers across Aotearoa New Zealand say the renewed care and support legislation that sets workers’ pay rates will leave workers and the sector in crisis for longer.

The legislation to amend the Support Workers (Pay Equity) Settlements Act 2017, which will update pay rates, is expected to pass on Wednesday.

However, unions say members are severely disappointed at the pay increase the Government has decided on – a “measly” three percent, far below the cost-of-living pressures workers are facing.

When the current Act expires on 1 July, unions will raise a pay equity claim to further increase the pay rates for support workers, but this process is expected to take 18 months.

Unions say they are equally disappointed the Ministry of Health did not share the content of the amendment bill or the new rates before the cut-off date of 21 June, despite ongoing negotiations for more than a year.

“With inflation at 6.9 percent and skyrocketing energy and fuel bills, these frontline workers face another 18 months of misery and it means their pay essentially goes backwards.

“It’s good news we’ll now be able to take a pay equity claim which wasn’t possible under the previous legislation, but workers can’t wait that long for a decent pay rise.”

“We believe this will see workers having to fight for higher pay or leave the sector – when it is the Government that holds the purse strings,” she says.

“Workforce shortages are already leaving elderly, vulnerable, ill, disabled clients and people in the community who have mental health and addiction needs in the lurch.”

NZNO Kaiwhakahaere Kerri Nuku says unions will be lodging a pay equity claim on behalf of care and support workers as soon as possible after 1 July.

“We will fight to see this claim progressed as quickly as possible, as it is clearly the only pathway to achieving decent and respectful increases for the workforce.”

Note to editors: The 4.6 percent increase on pay rates quoted by Minister Little includes a 1.6 percent LCI adjustment, which was agreed in the 2017 Act. The amended bill only includes a pay rise of 3 percent.