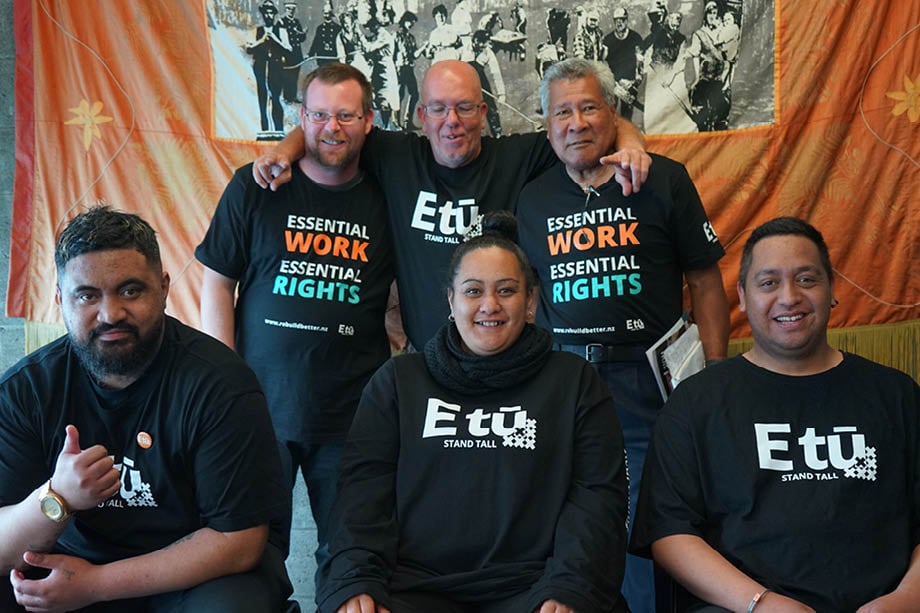 Working life for Aotearoa New Zealand’s security guards is about to get a whole lot more secure, now they’ll be legally entitled to keep their job with its terms and conditions if another security company takes over the contract they’re employed on.

On 1 April, the Government added security guards as a category of employees to be protected under Part 6A of the Employment Relations Act.

For security guards, this means maintaining the terms and conditions of their original employment, such as pay and accrued leave, even when their contract with one security company ends and is taken over by another.

The new legislation will come into effect on 1 July.

E tū delegate and security guard Jayson Ormsby says the news is a “great accomplishment” for those in the industry.

“I always found it odd that security work was never secure. I feel really glad and happy for those workers who will now be protected, who may have lost a lot of entitlements due to contract changes in the past.”

E tū Organiser Mat Danaher says the inclusion of security guards as protected workers under Part 6A is a really positive step forward.

“At last, security guards will have some certainty as to their pay rate and benefits when they are moving from one contract and employer to another.

“They’ll have access to the hard-earned leave they’ve accumulated and won’t have to start from zero each time a contract changes hands.”

Jayson says he hopes the new law will be the start of a better foundation of employment conditions for guards, who are also campaigning for Fair Pay Agreements or industry-wide regulation across employers.

“Security guards are usually paid different rates at different sites, and they don’t have control over the sites they are deployed to work at – Fair Pay Agreements are definitely needed.”

Mat says the Part 6A protection is the first of many changes that are needed in order to create real certainty and security in the lives of this group of workers.

“We see this as important milestone in working towards Fair Pay Agreements, which will stop the inevitable driving down of workers’ terms and conditions in a ‘race to the bottom’ as employers compete for contracts.

“All security guards deserve certainty in their employment conditions and to be paid at least the Living Wage, regardless of the site they are working on.

“These workers provide a valuable and important service, while also often facing personal risk on the job,” Mat says.

“E tū will continue to campaign with and on behalf of security guards to see them further protected and the industry transformed.”