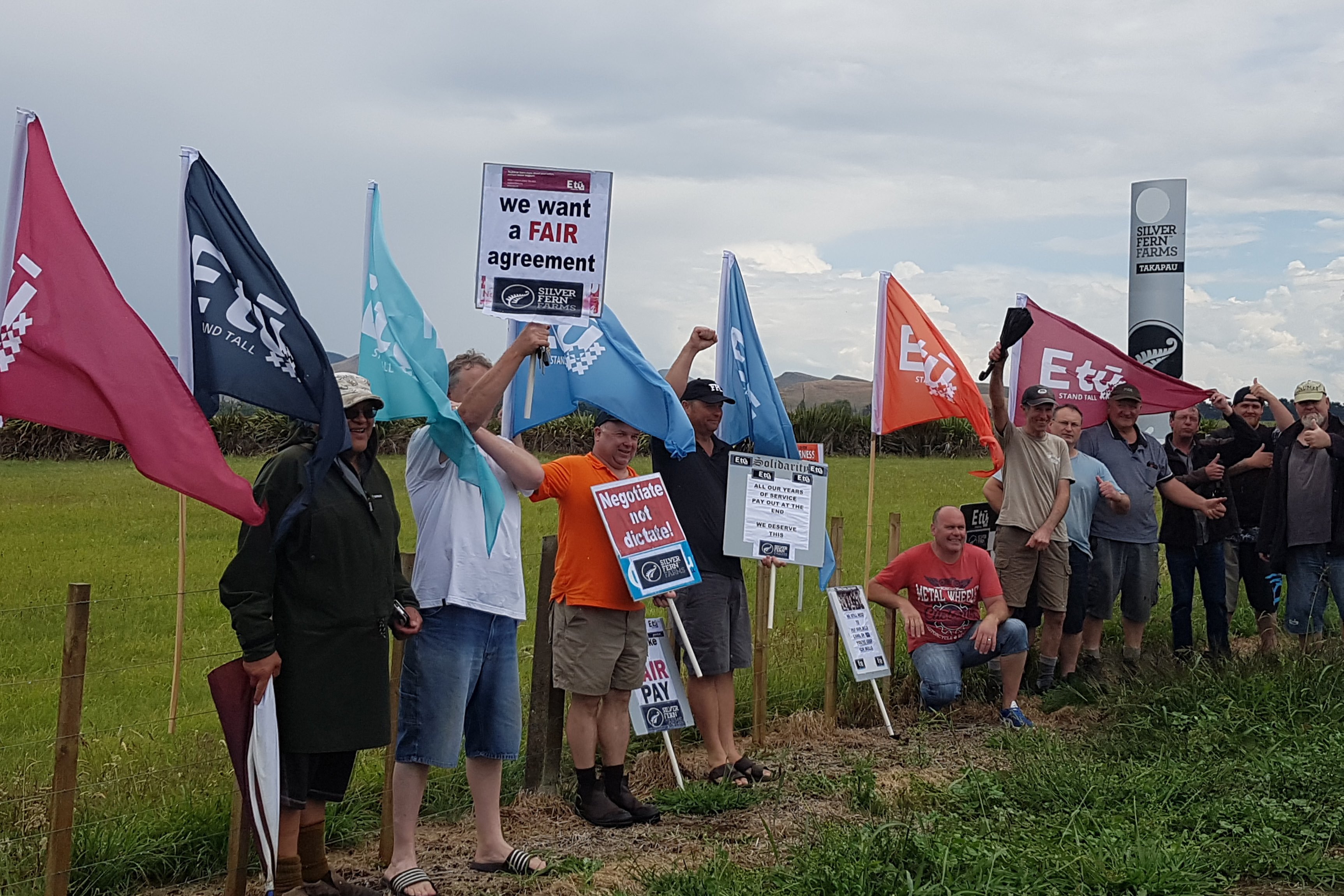 Nineteen maintenance workers at Silver Fern Farms Takapau are very disappointed that instead of improving their offer after today’s strike action, the company has made the offer even worse.

Before the workers took industrial action, the company had offered a 1.5% increase as back pay for the nine months prior, followed by 2% increase at the time of settlement.

This low offer came despite the company sending out a memo to staff just two weeks ago that stated that “the Company will post a reasonable profit this year and… that the Takapau plant has a large part to play in achieving that.”

The workers rejected the low offer and voted to take strike action to demand an offer that appropriately recognised their hard and important work.

However, the company has now withdrawn their offer of back pay, apparently demonstrating no desire to give the workers the modest increases they are requesting. The workers have also been suspended for the duration of their industrial action.

E tū organiser Laurel Reid says that the workers are not deterred.

“The 19 maintenance workers were unwavering out on the picket line today, even under a thundery sky, with every intention of continuing to fight for fair recognition of their hard work,” Laurel says.

“The company are playing hardball – that much is clear. But we won’t back down until a fair offer is on the table.”

Media are invited to the picket line tomorrow.
For more information or comment: Laurel Reid – 027 591 0024