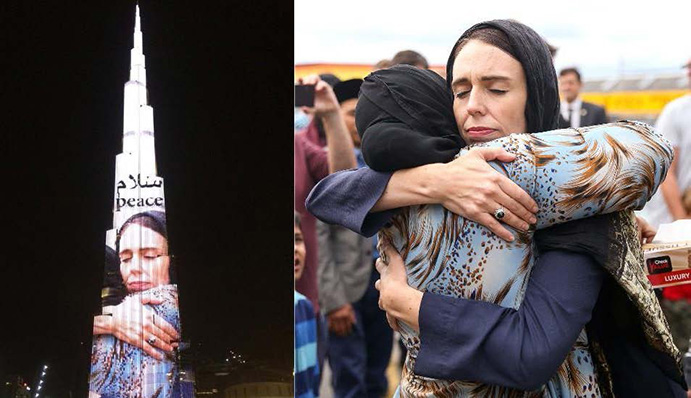 It was the hug that made world headlines after a photo of the Prime Minister comforting a woman at a Wellington mosque was beamed onto Burj Khalifa in Dubai, the world’s tallest building.

The woman was then E tū member, Naima Abdel. After a week of shock and fear, she’d come to the Kilbirnie mosque to sign up as a volunteer, “and then Jacinda turned up.”

“She was very comforting. It was a really emotional morning. Everyone was hugging and crying. Every new face meant new tears. [Jacinda Ardern] was just a part of everyone else, crying… she held me really tight and she said: ‘We will go through this together,’ and it was just so comforting and amazing.”

Naima believes New Zealand’s “amazing and heartfelt” response to the tragedy brought healing and that many Muslims feel more secure here. “People have felt able to walk around as part of their community,” she said. 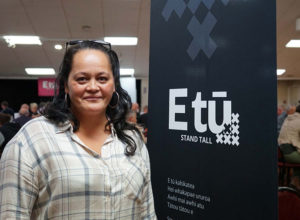 Chef and E tū delegate Jodi Haua heads the Compass/ESS catering team at Burnham Military base, which has catered for about 300 police and soldiers who have come from all over the country.

“We were all with the Muslims. The nation had their best interests at heart. Our job was to support the police and soldiers, providing breakfast, lunch, tea, and accommodation.

“We could see the emotional effects on the police and the strength they needed to get out there and fulfil their job and we also saw how draining it was on them, to witness what they did. But they came back to comfort food and that gave us satisfaction. The police thanked us every day for what we did.”

Taranaki delegate, Sean Hindson, who is a member of E tū’s Just Transition team, is expecting his first child and it’s given him a fresh sense of urgency about action on climate change. He notes that the mosque massacre occurred the same day as student demonstrations against climate change. For him, the protests are a sign of hope amidst the despair.

“While you had this guy full of hate and violence, the youth and the future were peacefully protesting for the good of everyone. The world isn’t full of hatred. It’s full of compassion and caring.”