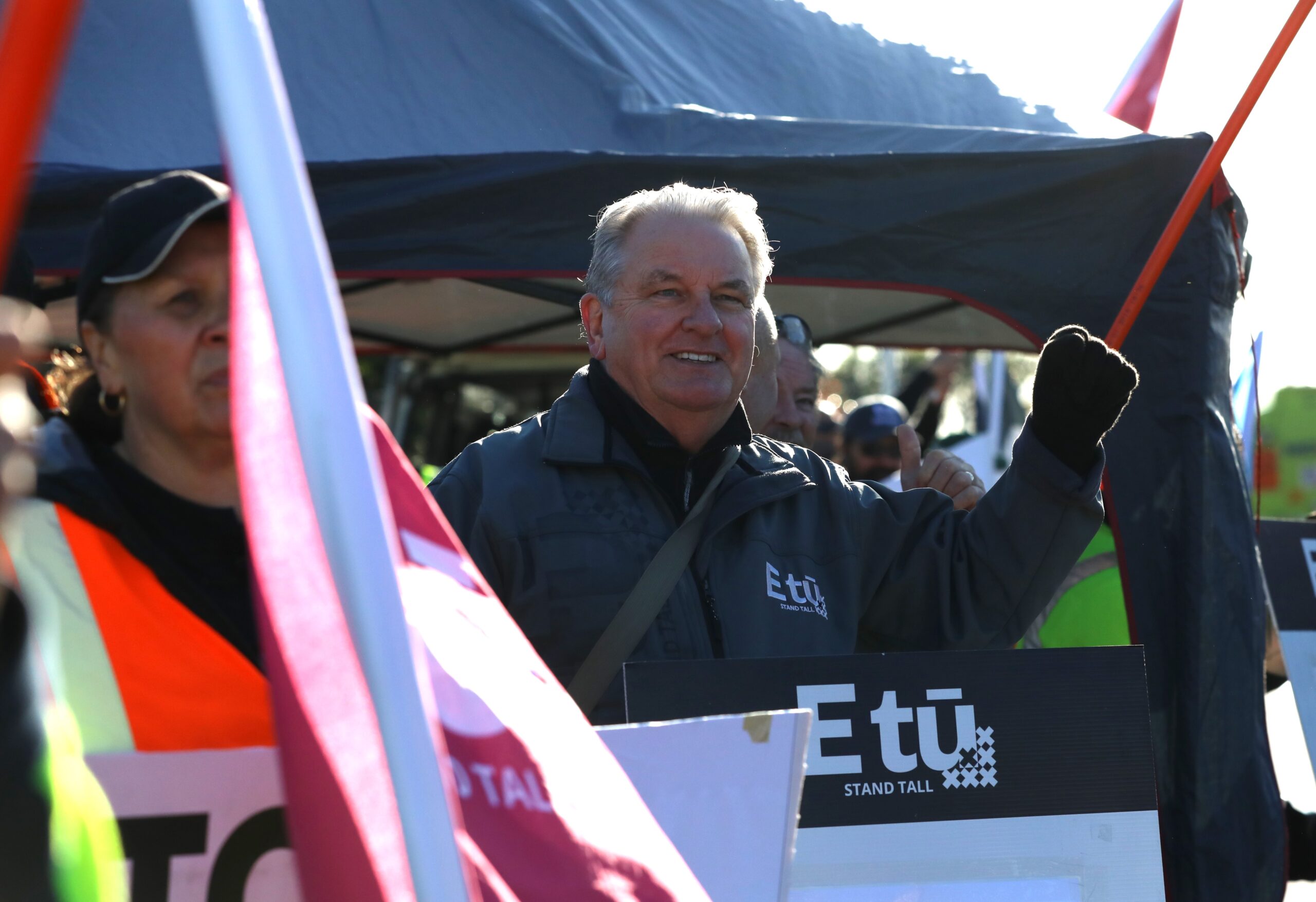 Kia ora E tū members, welcome to the Spring edition of our union magazine for 2022.

We began this year grappling collectively as a nation with Omicron, the third wave of the global Covid pandemic. Our Government has done well to lead our country through the unforeseeable public-health, employment, and economic impact of the three pandemic phases of Covid, Delta and Omicron.

However, the legacy of fighting that pandemic is now being felt globally as inflation and increasing interest rates impact on the cost of living for working people and their families.

E tū members are meeting that challenge, and I would like to begin by acknowledging E tū members who have been taking a stand to achieve collective agreement settlements that protect their wages against inflation.

While we always strive for negotiated settlements in good faith, sometimes members find it necessary to put notice of industrial action on their employer and to take strike action.

Here are just some of the workplaces in which E tū members have elected to take industrial action in recent times, sometimes gaining a last-minute settlement as a result:  Asahi, ETEL, Assa Abloy, McKechnies, Allied Press (ODT), Mainland Poultry, Pan Pac, NZ Starch, Pacific Coil Coaters, Fletcher Easy Steel, Visy, Opal, Charta, DB, Nexans, Forbo Siegling. I know that there have been others – it is inevitable that I will have missed some members out, my apologies for that.

These members, and others, express the industrial strength of E tū that we can bring into play when necessary. E tū deploys industrial, legal and political strategies to represent the best interests of our members; we know that we can’t achieve strong industrial outcomes without having an effective political and legal voice.

We know from international experience that an effective industry-wide platform of employment conditions stops the ‘race to the bottom’ on worker’s wages and lifts the bar for everyone working in that industry over time. That’s why we have been out front on Fair Pay Agreements (FPAs).

FPAs are the most significant change to New Zealand employment law in 30 years and became law in Parliament on 26 October.  We are now moving to initiate and negotiate our first FPAs in 2023. My thanks again to all members who supported us in this historic achievement.

E tū has also achieved some significant legal victories in recent times that establish potential precedents for our wider membership and those who come after us.

We won an important ruling in the CHH ‘leave harvesting’ case, defining entitlement to annual holidays and clarifying the principle that employers cannot force employees to use accumulated leave to offset pay, as happened during the Covid lock-down.

In another hugely significant case, E tū and FIRST Union worked together on a legal challenge to the Uber-driver dependent contractor model, and we won.

In a ruling that has wider potential impact, Uber drivers were found to be in an employment relationship rather than dependent contractors, and therefore entitled to legal minimum employment rights and protections, including the minimum wage, guaranteed hours, holiday pay, sick leave, KiwiSaver contributions and the right to challenge an unfair dismissal.

This landmark legal decision came through the morning after Labour Day, a paid public holiday brought to you by the union movement.

In many ways these are historic achievements for New Zealand working people, and Labour Day provided an opportunity to commemorate those who came before us to establish important employment rights and protections.

E tū is involved in a number of other important commemorations over this period.

On 12 November, I look forward to joining mining members to commemorate the 110th anniversary of the Waihi mining strike and the tragic death of union member Frederick Evans.

On 19 November, we acknowledge the 12th anniversary of the Pike River Mine disaster in which 29 miners and contractors, the ‘Pike 29’, lost their lives.

Finally, 28 November is the 43rd anniversary of the Erebus Air NZ disaster in which 237 passengers and 20 crew were killed when Air NZ TE901 crashed into Mount Erebus, Antarctica. We will be honouring those cabin crew who perished at a special ceremony at the commemorative garden near Auckland Airport.

Our recent achievements, and commemorating the struggles and losses of the past, remind us that employing people is a privilege to be carefully valued, and not a right, and that unions give dignity, equity, and respect to that privilege through the strength of collective solidarity.

On behalf of our E tū National Executive and all E tū staff, thank you for being an E tū member. 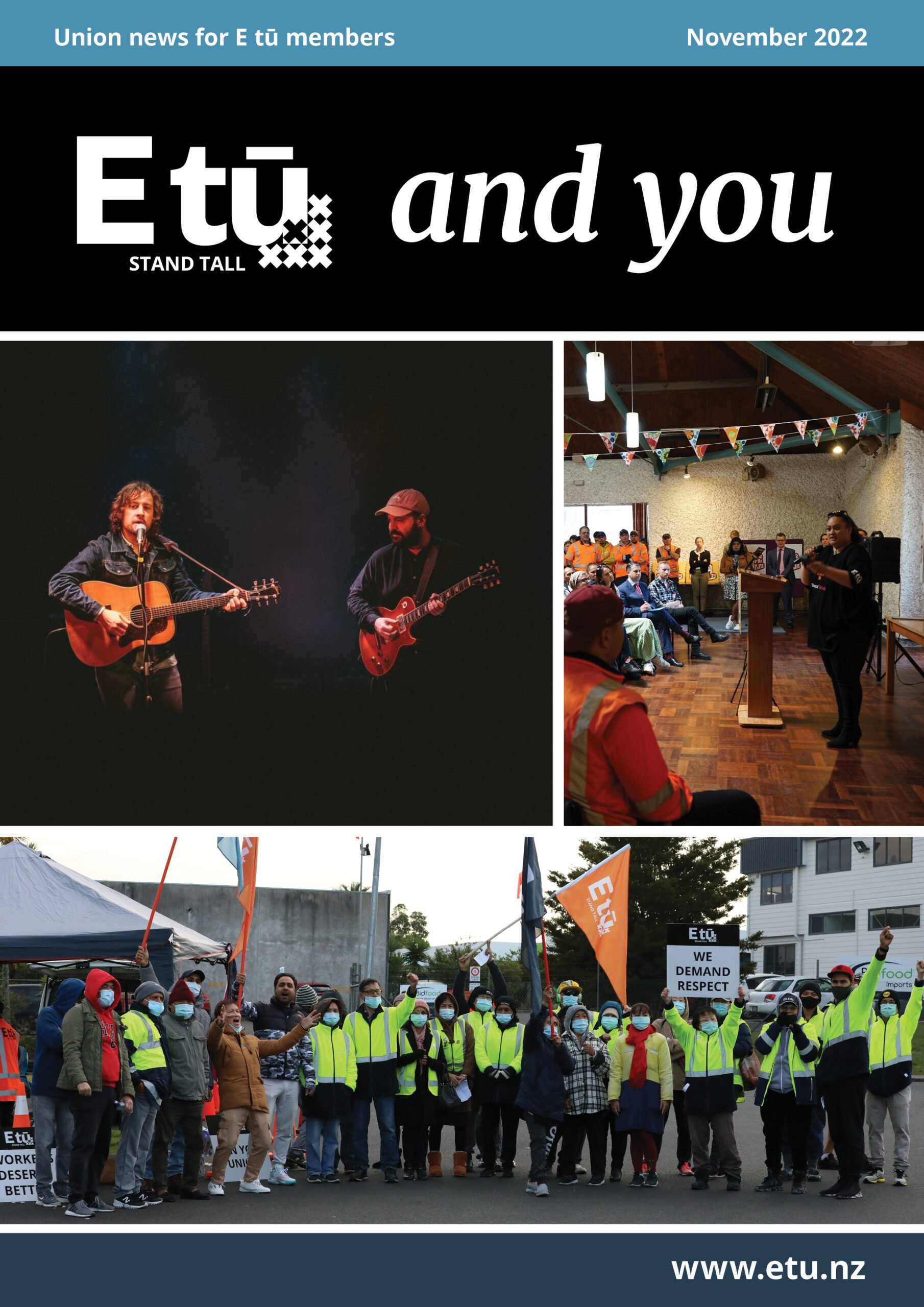