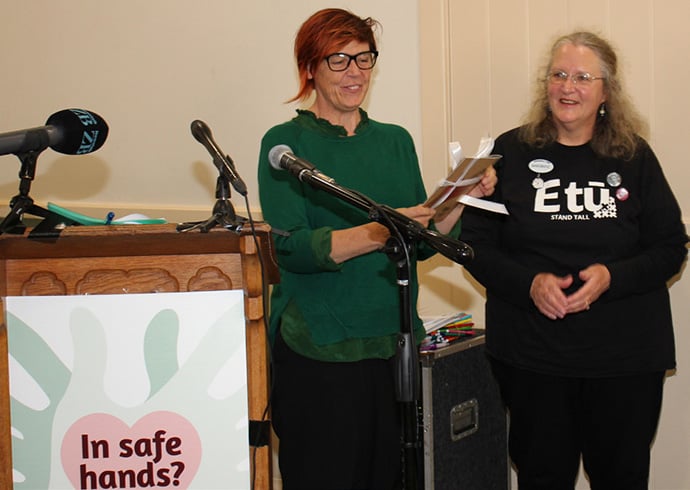 Marianne, an aged care support worker and long-time E tū activist, received her award at the Delegate Forum in Wellington last month, with Marianne winning the accolade of a standing ovation from her fellow delegates.

It’s a testimony to 30 years of outstanding union service, although Marianne says she’s the one who feels honoured. “It was very special. I’ve seen lots of other people receive Life Membership and felt very proud of them. I never thought it would be me. It’s a privilege.”

Marianne says her union work is driven by a compelling sense of justice.

“I’ve always had a strong sense of right and wrong and once I’d decided what I thought about something, I wouldn’t back down on my principles. It was about justice.

Marianne has represented E tū at public events, parliamentary submissions and most recently, as opening speaker at the InSafeHands campaign launch. She admits it can be scary, but says it’s also a highlight of her union work. “Just seeing changes go through that you’ve talked about, it makes you feel good you had a say, that you’ve contributed, instead of letting others do all the work,” she says.