As a campaigning and organising union, we report and celebrate the big things we do and achieve in this magazine throughout the year. However, there are a few cool things that our members are up to that you might have missed – here’s a snapshot of what makes our union and our people unique.

Kristine Bartlett is NEXT Magazine’s Woman of the Year

Our equal pay hero, caregiver Kristine Bartlett, has been recognised across the country for her tireless work to win an equal pay settlement for care and support workers. A highlight for her this year was being anointed NEXT Magazine’s Woman of the Year, taking out both the Community category and the Supreme Award.

“It was a very humbling experience, and a very special night for us all. If it wasn’t for E tū, the thousands of supporters, and everyone else, I wouldn’t have received the award. So, a big thanks to my union,” Kristine says.

“This journey has been a highlight of my life. But it’s just what we had to do.” 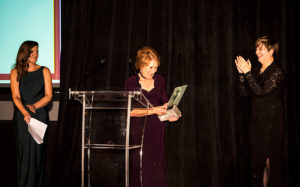 E tū has continued to fight for journalists’ safety and press freedom. In October, E tū member Brent Edwards attended an International Federation of Journalists workshop in Vanuatu, as a representative from the E tū Communications Industry Council.

“We have set up a Pacific Media Network and organised campaigns to promote press freedom, safeguard journalists’ rights, lobby for freedom of information laws and combat sexual harassment
and violence in newsrooms throughout the region.”

E tū is a proud supporter of International White Ribbon Day, marked every 25 November. It opposes violence against women and promotes respectful relationships. Men are asked to wear the white ribbon to show their support for the campaign and to encourage all to speak out when they see or suspect domestic violence.

This year we have made a modest donation to the campaign and our support will ramp up next year, with the White Ribbon Trust expressing their greatest appreciation for the way E tū spreads the White Ribbon message. 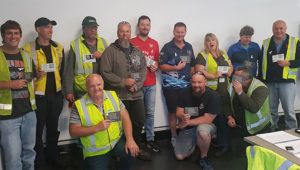 E tū has been running a Member Organiser pilot in Auckland to test a programme that will be rolled out next year. Member Organisers receive training and support to build their organising skills in their workplace and beyond. Etevise Ioane, who works at Enliven, has participated in the programme this year and found the experience highly engaging and rewarding.

“I am really enjoying learning new skills like planning, organising, and computer skills. The programme has also helped build my confidence and knowledge about being a unionist and my responsibility to fight for social justice, both at work and in the community.” 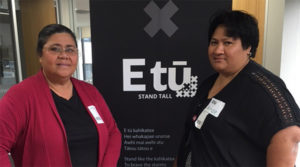 Marja Lubeck, former head of E tū Aviation, has entered parliament as a Labour Party list MP! She is one of many E tū members in parliament. While it’s a huge change for her, she knows that she’ll be able to use the opportunity to continue her work for working people, and to promote unionism.

“Some people in politics have a silly view on unions. I want to tell them that unions are just people, with good hearts, who feel for other people and want to make things better,” Marja says.

“I’m really excited to be on the Education and Workforce Select Committee which will be dealing with the employment law changes. We have some huge and positive changes coming, and I can see that happening very fast. I’m also looking forward to reconvening the Union Caucus within Labour, and lots of my colleagues are really keen to be a part of it.

“We’re all riding the wave of optimism with this change of Government, and there’s a lot to be excited about!” 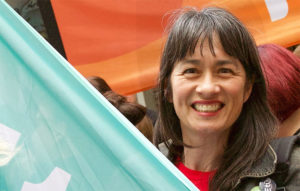 We’re pleased to announce that we have opened another office! Our Tauranga office is a warm and welcoming space for union members and local activists to congregate. Merianne Porter, a home support delegate, really enjoyed the launch.

“The launch has been fabulous. It’s an awesome office, relaxing and very welcoming. It’s going to be a great advantage to have a local office in Tauranga, allowing us to have better contact with our organisers and giving us members and delegates a great meeting space,” Merianne says. 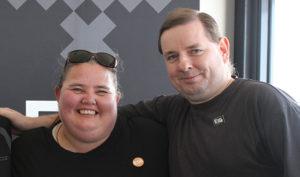 Celebrating a year of change

Hope after change of Government

Off the beaten track